Real Madrid coach Zinedine Zidane has shrugged off renewed speculation about Cristiano Ronaldo's future, insisting the Portugal superstar wants to finish his career at the Bernabeu.

Ronaldo's name has been a regular fixture in transfer gossip columns over the years and it has been the same story in the last few days, with Paris Saint-Germain now reportedly lining up a big-money swoop in the northern summer.

Zidane, though, only sees Ronaldo staying at Madrid, with whom the 32-year-old has won 14 trophies and become the club's record goalscorer since joining from Manchester United in 2011.

"I can't imagine a Real Madrid without Cristiano, not at all," Zidane said before Sunday evening's (Monday morning AEDT) LaLiga trip to Celta Vigo.

"He's a Madrid player and he wants to finish his career here. I don't see him playing anywhere else."

Madrid return to league action having seen their title defence left in tatters by a crushing 3-0 home defeat to leaders Barcelona in their final game of 2017.

That left the champions 14 points adrift of Barca - albeit with a game in hand - and knowing they will need something approaching a miracle to overturn the deficit to their arch-rivals.

The first objective will be to try and beat Celta, but Zidane acknowledges that is easier said than done against a side who held Barca to a 1-1 draw in their King's Cup last-16 first leg in midweek.

"We're facing a very good team in this league, who work hard and have good players," he said. "What they are doing is very good, and we know the difficulty of tomorrow's match. But I'm more interested in what we're going to try and do."

Madrid's cause has not been helped by an injury to Sergio Ramos which could keep the Spain defender out for most of January, and Zidane admits the loss of his skipper is a significant blow. 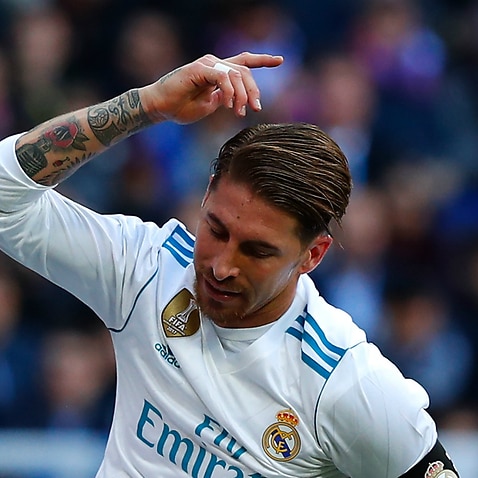 "We lose a lot because he's our leader and our captain. We always want him with the team but these things happen," he said.

"The season is long and we want him to recover as soon possible. Hopefully he won't be out for long."