Under-fire Real Madrid coach Zinedine Zidane is convinced he retains the full support of the club and his players amid a difficult run of results.

Madrid head to Sevilla on Saturday having failed to win any of their previous three LaLiga matches, suffering losses to Valencia and Deportivo Alaves either side of a draw with Villarreal.

Los Blancos have never endured a winless run of four league games under Zidane, and the champions are already seven points adrift of pacesetters Real Sociedad – though arguably the greater concern is second-place Atletico Madrid.

Diego Simeone's men are unbeaten this term and, although a point behind La Real, they have two games in hand on them and one on their city rivals.

Wednesday's (AEST) 2-0 defeat to Shakhtar Donetsk increased the pressure on Zidane as their UEFA Champions League progression hopes were left hanging in the balance, but the Frenchman continues to put on a brave face. 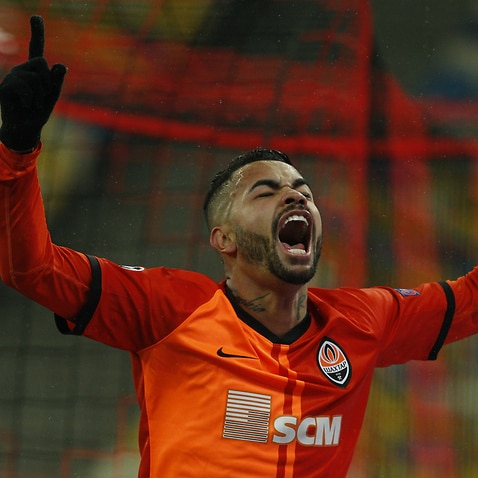 When asked if he felt he had the club's backing, he told reporters: "Yes, completely, I feel the support of the club. I can't be happy when we lose a game, but we know where we are.

"We are lucky to fight for this club and that's what I'm going to do until the last day, and the players too. We have to be together with what we know how to do."

Zidane was then asked if the players have given him their backing, which seemed to irk the former France international.

"In the end, you guys [the media] always try these things, asking whether the players are with me or not," he replied. "What the players want is to compete and they have always shown their care for me, but it is not the most important thing.

"I have been a player here, coach, I know the history I have with this club and sometimes it is true that things do not work out for us.

"[Criticism] doesn't bother me. It's my position, it's what it is, when you don't win it's like that, it's normal for there to be criticism, but it won't change what I think. We will continue."

Traditionally, Madrid do well against Sevilla – Los Blancos have beaten them 19 times in their previous 30 LaLiga meetings, while Zidane has not claimed more wins against any other opponent across all competitions than he has over the Andalusians (seven).

Nevertheless, Europa League holders Sevilla – coached by former Madrid boss Julen Lopetegui – are likely to be fresh having rested many first-team regulars during the 4-0 Champions League defeat to Chelsea.

They are also unbeaten in 15 league games at the Ramon Sanchez Pizjuan, keeping seven clean sheets in their past 10 home games, and will move above Madrid with a win.

But Lopetegui remains wary of Madrid, suggesting their difficult form might make them even more threatening this weekend.

"Real Madrid are always dangerous, and even more so in these situations," he said. "They're a team that have answers for many situations and now that feeds into them to give a good performance. I'm expecting a strong Real Madrid, who will demand the best version of us."