Ten months after being cut down by a ruptured anterior cruciate ligament, Olyroos midfielder Zach Duncan is hunting a fairytale call-up for July’s Tokyo Games.

But, with a senior team return possibly only two weeks away, the former Brisbane Roar midfielder says he’s “up for the challenge”.

Duncan played a critical role in the Olyroos breaking their 12-year Olympic duck, appearing in five of their six U-23 AFC Championship duels in Thailand 14 months ago and setting up Nick Agostino’s winner against Uzbekistan to clinch qualification.

“The goal is to get some game time for my club (as quickly as possible) but we have a very good squad which is doing well and it's tough to get back in,” Duncan told The World Game.

“Getting minutes would be perfect. That’s what I’m pushing for and I’m up for the challenge. I’d love to go to Tokyo - it would be a dream.

“We can only take 18 players - and that might include three over-age players - so it will be difficult for everyone.

“I’ve done a lot of hard work in the gym, I’m bigger and stronger now and I hope I can transition that into my game and come back a lot better.” 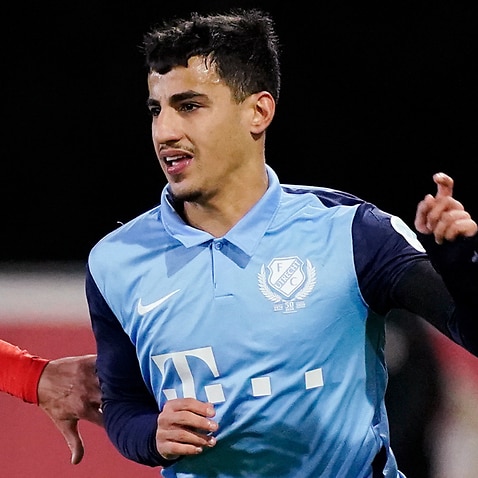 AGF showed their belief in Duncan’s potential by re-signing him to a new five-year deal in December, after he’d broken through with 15 Superliga appearances in his debut season.

Former AGF football director Peter Christiansen hailed him as a Socceroo in the making before injury intervened in mid-2020, the torn ACL coming just three days before Duncan turned 20.

“I hurt my knee just after we resumed from the COVID-19 break and had been hoping to make a big impact before the end to the season,” he said.

“It didn’t work out that way but anything is possible when I’m back fit and playing again.”

Duncan gave an insight into the status of his AGF Aussie brethren, fellow Olyroos Alex Gersbach and Daniel Arzani, who have made just two appearances between them so far this season.

“In Alex’s case it’s tough because he’s got one of the best left-backs in Denmark (Casper Hoyer) ahead of him right now,” he explained.

“He’s a fringe Danish national team player, and they’re very strong at the moment. He also played under our coach (David Nielsen) at his previous club.

“It’s a difficult one but Alex is looking good in training and one injury can change everything.”

Arzani, who arrived on loan in January after failing to breakthrough with FC Utrecht in the Eredivisie, has also been conspicuous by his absence, but Duncan shed light on why.

“He’s had a few little niggles since he came in,” Duncan said.

“Daniel trained for the first two weeks and got some minutes in a cup game and then the league. After that he hurt his ankle.

“Since then he’s had a little hamstring issue - it’s lots of little things.

“It hasn’t been that good for him so far but fingers crossed when he’s back he’s got two or three months to step up and hopefully have an impact for us.

“Everyone knows how good he is. We’ve seen some of that at training but it’s always hard when you’re in and out, especially in a new environment.

“You can definitely see the glimpses like we all saw at the World Cup, and I think he’s close to getting back into full training again.”