Newcastle Jets loan signing Liridon Krasniqi is a skilful number 10 who likes to entertain and has real X-factor that could light up the A-League - that’s the view of three Australians who have played against the Johor Darul Ta’zim player.

29-year-old Krasniqi has arrived in the A-League from Malaysian club Johor.

Born and raised in Kosovo, he spent his youth career in Germany with FC Nurnberg and in the Czech Republic with Slavia Prague.

The attacking midfielder played senior football in Turkey before moving to Malaysia with Kedah in 2015.

He represented Albania at Under-21 level and earned three senior international caps for Kosovo.

Former Perth Glory full-back Matt Davies has played against Krasniqi when he was at Pahang and the Kosovan was at Kehah. Davies believes he could be a real hit at the Jets.

“He’s a midfielder with a bit of flair and confidence to try things other players wouldn’t,” the Davies told The World Game.

“He definitely has a physical presence about him at 190cm but his best attribute is his technique on the ball.

"I think he’ll bring something different and entertaining if he gets going.” Krasniqi has yet to make his debut for Newcastle as he waits to complete his quarantine. Ex-Sydney FC midfielder Brendan Gan, who has been based in Malaysia for the past seven years, describes the bearded loan player as someone with “great technique”.

“I’ve played against Liridon many times,” Gan explained. “He started as a foreigner in Kedah and did really well. He’s a big boy and quite strong.

“He plays as a number 10, but was given a sort of a free role in Kedah where he would drop really deep for the ball and start the play a lot. He has great technique and loves to get on the ball.

“Liridon’s good in tight spaces and loves to showboat – that’s probably the biggest thing he’d be known for – being really flashy.

"All in all, he’s a good player and I hope he does really well in Australia, for himself but also for Malaysian football to be recognised a bit more.

“He’s recently been given a Malaysian passport as he has met the requirements to become nationalised.” 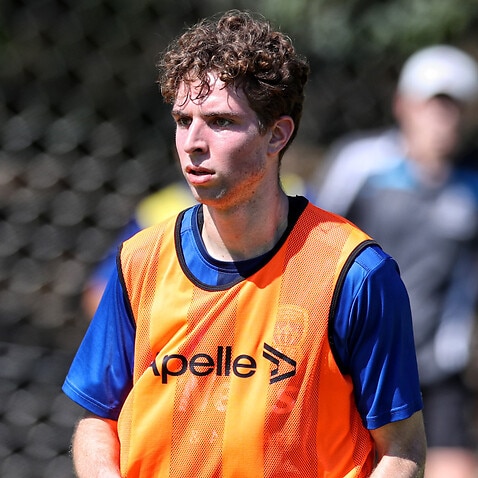 Regan believes the attacker has both the skills and strength to make his mark in the Hunter, but fitness-wise may need to adapt.

“I played against Liridon many years ago when he was a foreign player at Kedah,” Regan said.

“Technically he’s very strong and he is also strong physically. I think he has the X factor to create some goals for Newcastle.

“However the biggest question mark is over his fitness. He never played in the top side in 2020 and spent the entire season with the reserve team at Johor.

“He and the coach fell out early and that was him done.”