It wasn’t that close in the end as Australia and New Zealand were deservedly awarded the 2023 FIFA Women’s World Cup, but there were a few wobbles late in the day.

Both countries have been bitten more than once by FIFA in the past so it was understandable that there were plenty of nerves as the time to vote drew nearer.

The reports that UEFA was going to vote as a bloc meaning that eight votes were going to Colombia really got temperatures rising.

It left the South Amercians needing to get just a handful of votes elsewhere to cross the line. That did not happen.

While Colombia is a major football country, there would have been a lot of questions had a bid that had received a far superior technical evaluation mark been overlooked by members of the same organisation that had awarded the grades.

The absence of Japan meant that with Asia and Oceania solidly in Australia’s corner, the addition of Africa and then CONCAFAF meant that the wholesale support that UEFA gave to South America was ultimately in vain.

It was interesting, however.

For so long the world of football politics has been dominated by those traditional twin powerhouses.

It got so bad that Africa walked out of qualification for the 1966 World Cup after learning/being told that they had just one spot in England to share with the whole of Asia. 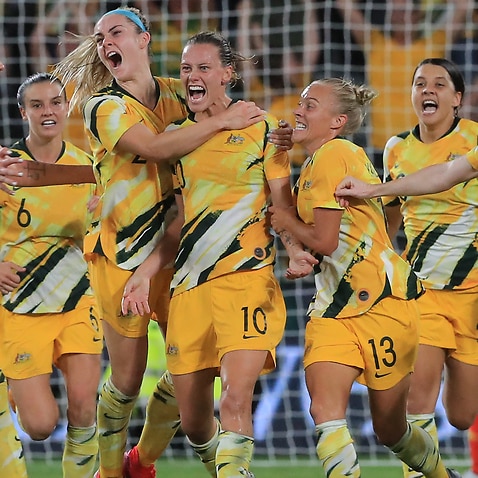 At one time, whatever South America and Europe wanted in football, happened, regardless of what the rest of the world said.

Not any more. The events of this week have clearly demonstrated that the world of football is no longer a bi-polar one.

Asia, Africa, Oceania and CONCAFAF can come together and call the shots.

This is something to be celebrated and it is something for figures in Europe and South America to contemplate.

There is also plenty for those in Australia to think about too, once the celebrations die down.

For all Australia’s historic ties with Europe, for all the hours of sleep that people miss to watch the Premier League, Serie A and La Liga, for all the time spent talking and admiring European football and for all the excitement when Aussie players go there - when a push came to a shove, Europe didn’t care. It didn’t mean anything.

There may be historic and political reasons behind why UEFA did what it did, but in the end Europe did not come through for Australia.

Despite the old ties, there was no support at all - not even from England.

It was Asia that was there in the hour of need. It was Japan that stood aside to ensure that Australia and New Zealand would get a free run at Colombia and not split the vote.

It was Asian Football Confederation leaders who helped give fellow FIFA Council members a push.

There could be no better demonstration that Asia is Australia’s future.

It is as a leading member of the Asian Football Confederation where Australia can have the most influence in the world game. And that is why it is to Asia where Australia must look, and not Europe.

FFA will know this already but perhaps there will be a wider cultural shift. Maybe there will be a little more positivity towards Asian football and footballers in future.

Maybe when an Asian team takes on a team from another confederation (such as in World Cup playoffs or Club World Cups) then Australian fans will get behind the AFC member (which has not always been the case).

That remains to be seen but this week could be a turning point. The Asian Football Confederation has been Australia’s home for 14 years but maybe now the country can feel that it belongs in spirit as well as name.

Asia came through for Australia while Europe did not. The centres of power in football are changing and attitudes can change too.