As if the radical proposal for a biennial FIFA World Cup was not breath-taking enough in its audacity, now comes the ‘scary’ bit that the world governing body’s boss would be open to any idea to make the game better.

Or, in common and more realistic parlance, make the game richer.

Gianni Infantino, who was hellbent on making the World Cup the bloated 48-team event it will become in 2026 when it goes to the United States, Mexico and Canada, has said that “we need to be open to everyone, to everything and to every proposal and idea”. Great!

Hopefully this sheer lunacy will never come to fruition yet, with Infantino now involved, football’s incredible ability to self-destruct should never be underestimated.

Former Arsenal manager Arsene Wenger set the ball rolling during the week when he declared that the World Cup and the European Championship should be staged every two years instead of every four. 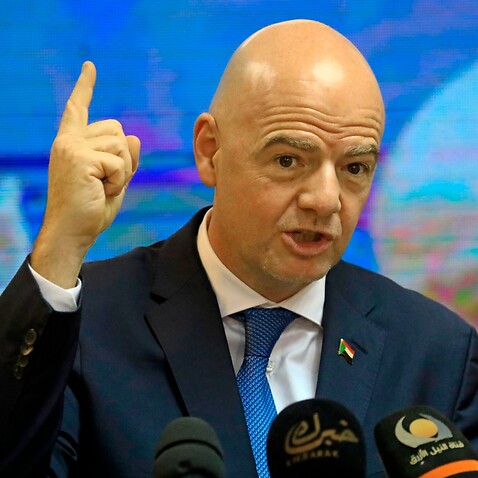 Wenger, who is FIFA’s chief of global football development, said football needed to give players in their prime more chances to play in the game’s biggest event.

“If you look at the teams at the World Cup, the average age is 27 or 28. That’s why, because the World Cup is every four years, there are very few chances to win it again because when they go back to the next event they are 32 or 33,” he said.

And one way of avoiding this, he said, is to change the international calendar, reduce domestic leagues to 18 and abolish the UEFA Nations League … all this to make way for a World Cup every two years.

The erudite Frenchman is one of football’s most respected intellectuals and he is usually spot-on with his musings on the game.

However, it is hard to agree with him on this one.

Having the World Cup every two years would rob the world’s biggest sporting event (yes, it’s bigger than the Olympics) of the prestige and aura it enjoys.

The spectacle would not be the same because it would be so commonplace that no sooner than one World Cup ends you’d be thinking almost immediately about the next one.

The competition would lose most of its sparkle and sense of anticipation around the world.

It would be like having two Champions League tournaments in a year.

Wenger’s view that a World Cup every two years would double the players’ chances of taking part in or winning the competition smacks of populism.

The member federations' coffers would make more money if given more opportunities to be part of the competition, you see.

And any player in the world would love to be part of football’s biggest event as often as possible but it's probably fair to say that the most reasonable ones would rather ‘earn’ their qualification than receive it on a silver platter.

Not to mention the player burnout factor, which few people believe is important enough to be considered these days as the game gets greedier and greedier.

Four years between a World Cup or European Championship is a perfect formula that has worked beautifully for many decades.

It gives coaches a chance to have a look at young players in the 'in-between' years but this luxury would be eliminated with non-stop competitive football.

Why on earth would football want to change it?