Six games ago it looked like the sky was falling in on Harry Kewell at Oldham Athletic, with the rookie coach under scrutiny as the Latics gazed up from the foot of England’s fourth tier.

Five wins and a manager of the month nomination later, the “workaholic” Socceroos legend is attracting attention for all the right reasons.

Victory on Wednesday morning (AEDT) against Walsall at Boundary Park will propel the revitalised Lancashire club to within a point of the playoff places, depending on other results.

Oldham’s Dubai-based Moroccan owner Abdallah Lemsagam believes if the accrued momentum is maintained the Latics will be hard to stop in nailing down a top-seven spot.

“We’re scoring a lot of goals and hurting teams,” he said. “Confidence was what was missing in the beginning but that’s changing, and I feel Harry and his staff are doing a good job.

“If we continue on this path it looks like the playoffs is a realistic target, why not?

“Playing this way I don’t think somebody will be able to stop us.” 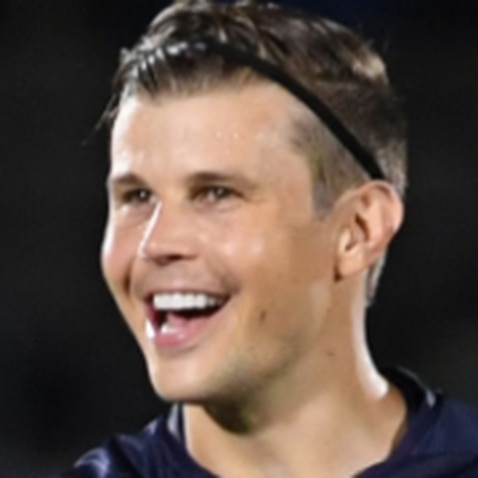 Lemsagam has a long association with Kewell, taking him to the Middle East at the tail-end of his playing career in his former incarnation as a player agent.

And, despite early doubts amongst fans, he feels vindicated at bringing him to Oldham.

“Harry understands the game - he’s a workaholic who is getting rewarded for all the effort he’s putting in,” added Lemsagam.

“He’s always looking at ways to make things better - you can see it in everything he does.

“He’s bringing the players with him and he wants so much to bring success.

“Harry is a strong person and a very determined individual.

“It was always going to take time to get things going in the right direction, and now we’re seeing progress across the club, from the players to the coaching staff, everywhere.” With nearby Manchester under tier three coronavirus regulations, the pity for Oldham is that fans are still prohibited from attending home games to watch in person a team which has attracted a free-scoring tag with 26 goals in 17 games - just one less than table-topping Newport County.

“It’s a shame that fans aren’t there yet because of the lockdown regulations - but we hope to have them back soon,” he said.

“Football is all about togetherness and confidence and you’re seeing that now.

“We have a good squad and I think you’re also seeing that now.

“It’s a hard, tough division where on any given day any team can beat another, so you need to be consistent.

“We’re getting there and are building a solid foundation - even the big clubs like Manchester United and Arsenal started with zero.

“It’s never easy when you don’t have a lot of money - but we’re building something patiently. It’s not a quick fix.”

With the January transfer window looming, Lemsagam hinted that reinforcements might be required to bolster a potential promotion charge for the club relegated from League One two seasons back.

“I think maybe we’ll bring in two or three more in January but that’s a question you really need to ask the coach,” he said.

“We have a very important game against Walsall and if we do well in that one it keeps our momentum going.  That’s what’s most important at the moment.

“We want to give fans what they want in terms of good football and results.

“And hopefully they’ll be back in the ground soon and we’ll be getting crowds of 7000-plus.”