Sydney FC defender Ellie Brush believes her inclusion in the Women's Talent Identification Camp will help make an impression on Matildas coach Tony Gustavsson ahead of next year's Olympics.

Brush is one of 22 players set to be evaluated by the Matildas’ coaching staff in a bid to widen the player pool ahead of four major tournaments over the next four years.

The 32-year-old is the only senior representative in the squad, having last played for Australia in 2012, and believes the four-day camp is a second chance after what’s been a “long, hard road”.

“It was quite emotional (to be selected for the camp),” Brush said.

“I was given that first opportunity some years ago now and, I can tell you, I’m feeling very old in this group.

“I guess I’ve kind of stuck at it in the hope that an opportunity like this might present itself again. “There’s been a lot that’s happened from then to now; it’s been a long, hard road so to be back here is really exciting.

“It’s night and day between the staff and their culture (compared) to what I’ve had in past national team camps.

“Tony seems to be instilling great things in the culture, led (here) by Melissa Andreatta.

“In the past, it’s been kind of horrible and hard, and though it’s still hard, the focus of trying to make each other better for the good of the country – so that we can be the best in the world – is really shining through.” Having conquered the W-League on two occasions with Canberra United between 2011 and 2015, Brush took on a new challenge in the AFLW two years later.

Three seasons with the Greater Western Sydney Giants saw the versatile talent split time between the two codes, and while retirement had crossed her mind, one last goal helped seal her undivided return to football.

“I seriously thought about hanging up the boots at the end of the last W-League season,” she said.

“That was a hard thing to think about because I felt like I was playing some of the best football I’ve played and could still perform at that level.

“You’re retired a long time so I guess why not play for as long as you can, if you can, and if you’re doing it as well as you always have?

“But it’s not a full-time job for most of us so there’s other things in life you’ve got to weigh up as well.

“But that desire and that drive to give the national team a real crack again was huge for me.

“I would probably say that a big reason I decided to come around again and play in the W-League and maybe get another opportunity for the national team is because the Olympics were postponed.

“That was almost the universe saying I could have another shot at playing for the national team again.

“Then the new coach was signed and it’s kind of brought a new light and he’s said that everyone’s on the table for selection as well.

“Now it’s just a great opportunity for me to try and be the best I can be in this environment and perform in the W-League season coming up.”

With over 120 appearances in the W-League, Brush believes her experience can also help improve some of the younger players in the camp.

In fact, it’s a task she’s treating with equal importance alongside the level of her own performances during each session in Canberra.

“A big goal out of this week for myself is not just to try and improve every day, but to help the younger girls,” Brush added.

“To try and instil some of that spirit within them and pass on some knowledge.” 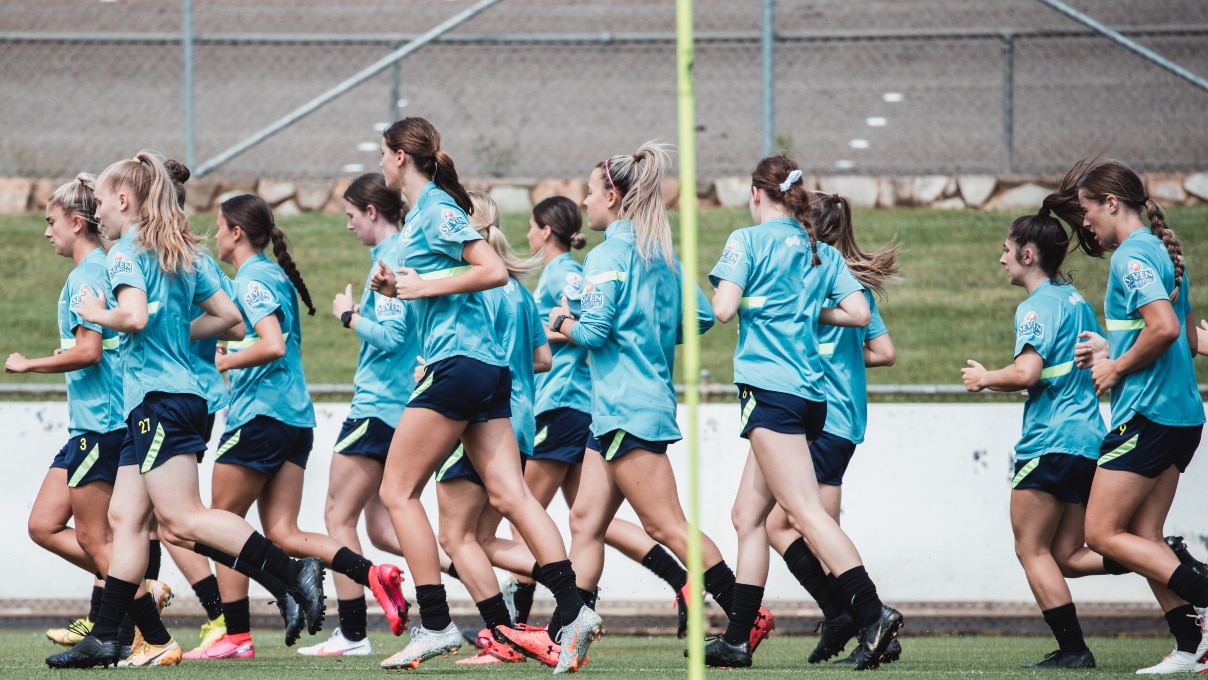