Football is a ruthless business. Kevin Muscat arrived in Belgium with success as a coach and European experience as a player under his belt as well as ambition and time on his side.

None of that matters when results are poor and the trapdoor is getting closer, and the 47-year-old is now out of a job. This is the life of a coach.

Obviously, there are many who are waiting to see an Australian coach break through in the big leagues of Europe.

There are other possibilities such as Tony Popovic and Harry Kewell but they still have some way to go.

The obvious choice, the obvious game changer, is Ange Postecoglou.

He may not want to become the standard-bearer for Australian coaches around the world but that is what he is.

The former Brisbane Roar boss has already achieved two-thirds of an unprecedented Asian holy trinity; winning the Asian Cup and a major Asian league (Japan) to go with his A-League triumphs.

All he has to do now is take the AFC Champions League and he will be the most successful coach in Asian history. 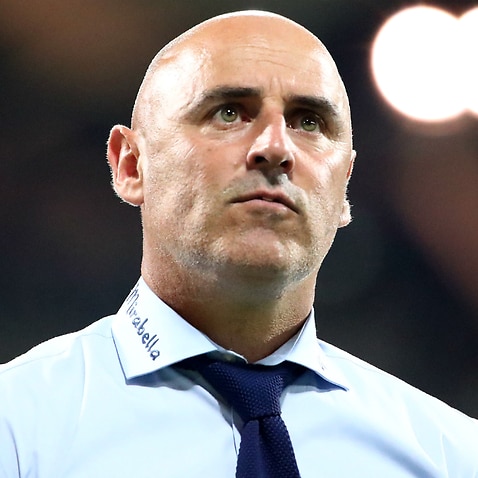 To win the biggest club and country prizes in the world’s biggest continent would be truly impressive even before considering the amazing J.League title with Yokohama F. Marinos, one that is already leaving a legacy in Japanese football.

The chances of Champions League success are pretty good. Persepolis of Iran are the favourites to lift the trophy but that is because the Tehran titans are already in the final.

Yokohama have some work to do in order to join them but they strolled through the group stage and are more than capable of winning the competition.

Reaching the knockout stage with a game to spare gives the players a much-needed rest after a grueling few months.

Anything can happen in a knockout stage and there are three of those to go before the final. Yokohama have been inconsistent this season in the J.League, a trait that will be reflected in a mid-table finish, but the team have been looking good in Asia.

Winning the competition would open the boss’s path to Europe and not just any path but one to the bigger leagues and the bigger jobs.

Postecoglou left the Socceroos in November 2017 and chose the right club for him in Japan.

That was shown during his first season at Yokohama. The new coach wanted to change the way the team played and the way the players thought. It took time and, in terms of results, the first season wasn’t great. Yokohama more than flirted with relegation and there were some wobbles behind the scenes - but the club stuck with their man and the rewards since have been obvious.

Muscat and Popovic have proven themselves to be fine coaches but don’t have the same record as Postecoglou.

They should be applauded for challenging themselves in Europe but they were never going to have a huge amount of options upon their arrival.

Postecoglou will have more power in that regard. As the most successful coach outside the two traditional continental hotbeds of world football, the 55-year-old will be able to choose a club that is right for him, choose a club that will at least give some time and support to a coach with new ideas and a strong philosophy.

That is no guarantee of success of course but it is a big help. Postecoglou is in his mid-fifties and now is the time - otherwise there is a good chance it will never happen.

He does not have to go, but there has never been a more qualified, more successful and more respected Australian coach - and he can open doors.

Winning the AFC Champions League would not only give the coach another major prize but would mean that he has done all there is to do in Asia. He would have won the continental club and national team championship as well as the J.League and A-League.

He could go to another Asian league but what would be the point? Better to go to Europe and if so, he is going to have options and the know-how to choose the right job to give himself the biggest chance of success and give future Australian coaches the same.