A grand final victory would mean more to Perth Glory than it would for Sydney FC, according to former NSL and A-League title winner Matthew Bingley.

And he would know, having played a major role in championship wins for both Perth Glory and Sydney FC during a professional career that spanned more than 300 games.

The industrious defender helped the Glory finish the NSL era as champions, playing in the competition's last grand final in 2004 as Perth secured the trophy with a dramatic golden goal winner against Parramatta Power

Less than two years later, Bingley would be able to call himself an A-League champion playing for Sydney FC, as the Sky Blues became the first winners of the fledgling competition after defeating Central Coast Mariners.

It's an achievement matched by no other player, with Bingley the only one to play in and win both the last NSL grand final and the first A-League decider.

While Sydney FC went on to claim two more A-League titles after Bingley hung up his boots at the end of the 2006 season, Perth have failed to reach the same level going 15 years without a grand final win. It is this title drought which Bingley believes will fuel Perth’s players on the pitch and their fans in the stands as they attempt to return the Glory back to the heights of their NSL days.

"A win for the Glory would be a huge moment not just for the club but for football in Perth as a whole," Bingley said.

"The club was once a powerhouse of Australian football during the NSL days and ever since the start of the A-League the Glory has not had the success which the Perth fans had grown used to.

"While winning this would be a big deal for Sydney, the fans are used to success and haven’t been longing for a breakthrough win like the Glory supporters have.

"This season has really captured the imagination of the Perth football community and they’re desperate to see the club finally win their first A-League Championship."

More than 55,000 fans are set to fill Optus Stadium in Perth, with Sydney FC to face a sea of purple when they take to the ground.

Former Socceroo Bingley is adamant a vocal Glory support will play a major role in the match just as it did for him during the 2004 NSL season.

"Playing against Perth was always a buzz cause you knew you would be playing in front of a crowd so to actually get the chance to join the Glory and have that passionate support behind you was even better," Bingley said. "They are a really passionate bunch and while they may not have the most fans in the league they made up for it with the atmosphere they created. You always felt their presence on the field and many times they helped us to find a winner late in games.

"I really think the excitement of having a home grand final in front of such vocal fans will give the Glory a huge boost."

But the 47-year-old Sydney local is not going to write off his hometown side as they push for an incredible fourth A-League Championship and their second in three years.

"The Sky Blues are going to have a whole heap of momentum coming into this game off the back of their 6-1 win against Melbourne," he said.

"When Perth won the NSL grand final in 2004 we came into the game after beating Adelaide City 5-0 and were full of confidence so I know how much of a difference it can make. 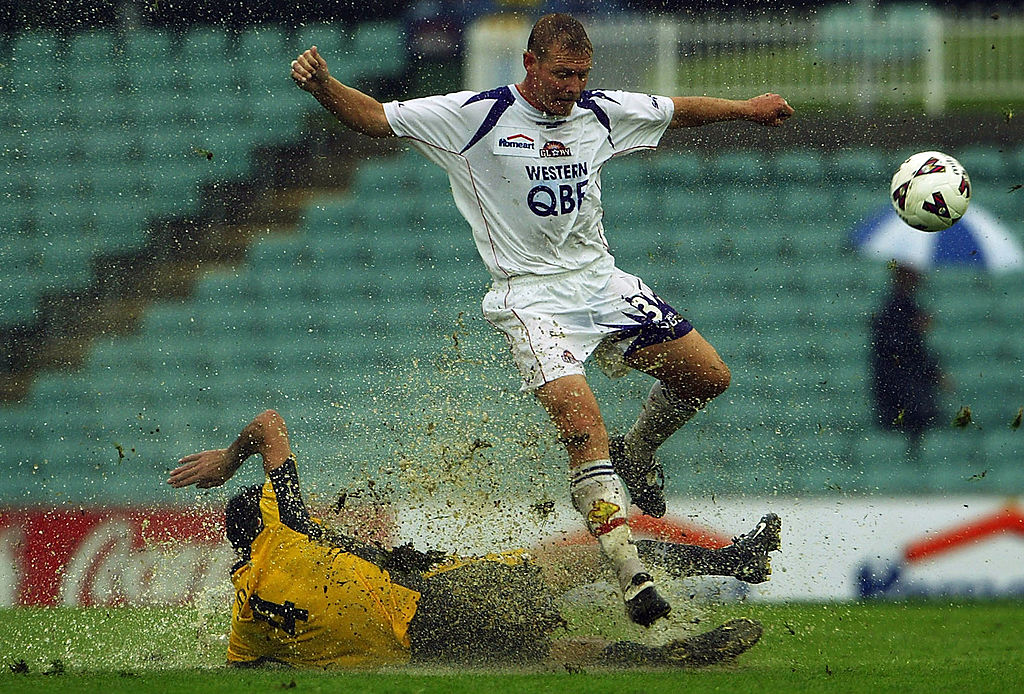 "Sydney are an amazing side and I’m really happy to see one of my former teammates in Steve Corica do such a good job since taking over as coach. They are a really talented team with plenty of match-winners across the park."

However, when it comes to who Bingley is set to support in the decider the answer is much more complicated.

The former Socceroo revealed both clubs hold a special place in his heart and the story behind his incredible title-winning seasons at both Sydney FC and Perth Glory make it hard to cheer for one and not the other.

"Sydney and Perth both threw me a lifeline and the chance to continue playing professionally when it looked like there were few opportunities for me to do so," he said.

"At Perth it was an amazing experience to play alongside so many great players and to help give the club a great end to the NSL era. "Sydney on the other (hand) was just as special. All the older players wanted the chance to play in this brand new competition, so to be able to not only do that but to win the title with my hometown team is something I’ll never forget.

"Sydney is my home town and gave me my shot in the A-League so I’d have to say my heart is with them, but I’d really love to see Perth come out on top and win their first grand final.

"I really want to see both teams put on a great show and whichever way it goes I guess I can’t lose."