There is no way the English Premier League will complete its fractured season in Perth essentially because such a bold and unrealistic concept would require permission from Football Federation Australia to come to fruition.

Football fans should not get their hopes up because the chances of this 'plan' to eventuate range from highly improbable to downright impossible ... which is as it should be, mind you.

The governing body has more important and less fanciful issues to deal with to even entertain the concept.

Such as the little matter of finishing the A-League season that was cut short in March by the coronavirus that just about stopped the world in its tracks, for example. Or securing a long-term television broadcaster. 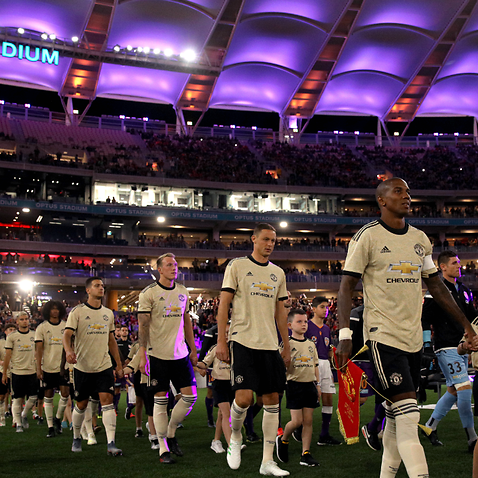 The plan is for the remaining 92 matches of the hugely popular premiership to be played behind closed doors in venues across Perth.

The story originated in England last week after former Manchester United and England defender turned TV pundit Gary Neville suggested the league should look at a neutral venue abroad for its completion.

London's mass-circulation The Sun, a newspaper that is known to be rather 'creative' in its reporting, ran a story of an offer from Western Australia-based English agent Gary Williams who offered his grand plan as an escape route for the embattled competition.

The idea caught the imagination of many football fans in Australia who are yearning for a return to action.

His restart plan that was described by one A-League club executive as pure "fantasy from a person who wants to get his name in the papers" would have all 20 squads fly to Perth in June for two months, isolate for a fortnight in their own hotels and play behind closed doors.

It also entails slashing medical tests and playing the matches at a time that suits English television audiences.

No mention of whether FFA would sanction such a move that can seriously disrupt the planned resumption of the A-League that is keen to finish off the season to keep its end of the bargain after Fox Sports paid the governing body the last instalment of the broadcast deal last week.

No mention if Federal Government would allow such a high number of people estimated at about 1500 to fly here from an area that has been severely hit by COVID-19 to the tune of 30,000 deaths at a time when Australia seems to be smoothly emerging from the ravages of the pandemic thanks to strict measures.

No mention if the Premier League itself would entertain the idea of taking the game 14,000 kilometres away when it has yet to finalise a method of completing the season.

Qatar and Malta have been mentioned as foreign alternatives but the high temperatures in these two countries in June, July and August would make it almost impossible to play football.

One fully understands the clubs' and fans' eagerness to get the ball rolling again but this concept comprises too many loose ends and imponderables to be taken seriously.