Australia is on the right path. Going forward, trying to attack, being aggressive against every team and thereby learning how to adapt our development systems, training methods and tactical approach to this end.

Trouble is, as soon as there is some pressure, the calls to go backwards intensify.

It is odd that so many Australians feel more comfortable with pragmatism and negativity, when we are a nation of bold, go forward type people. At least I thought we were.

We don’t go backward in other sports. The great running rugby of the Campo era, the cricketers, hockey. We don’t naturally revert to being cautious and afraid in other sports, so why football? It makes no sense at all.

In my view, if we stay committed to a path of going forward we will learn and adapt much quicker, understand the problems, evolve in systems and achieve what we desire - to be the best.

It is erroneous to believe it can’t be achieved.

Even Norway got to world number one at one point. Look at Chile. A change in approach, reaching the top four and potential world champions next year.

Each situation has different dynamics in terms of player qualities etc, but everyone thought both extremely unlikely, if not impossible.

The key is to separate the WHAT and WHY, from the HOW and WHO. They are different discussions.

To the first, we have been talking for years about a national style of play, about utilising our national character etc. Surely, after the Asian Cup, this is no longer in contention.

Given that we are in Asia, this approach in the short term will deliver qualification to World Cups, with very few if any exceptions, and will enable us to one day eventually win a World Cup, male and female.

In the interim, we will be challenged against top nations, but that is the whole point, to learn as quickly as possible.

Yes, we are in slight difficulty on our road to Russia 2018 however, I am confident we will qualify through the playoff system if necessary. 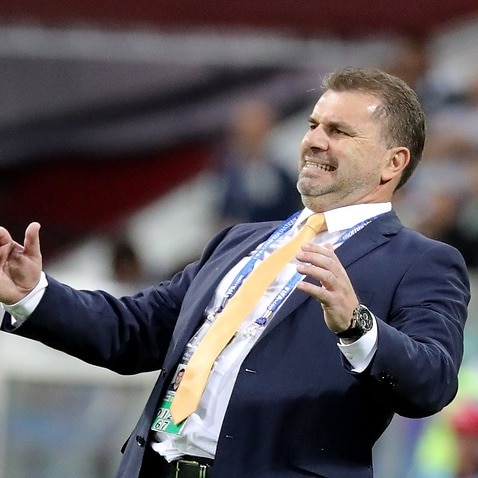 So, should we go to the Confederations Cup and attack and be aggressive against Germany, Cameroon and Chile, which seemingly makes so many people uncomfortable? Absolutely.

Nothing less should be demanded of the national coach. I would be critical of Ange Postecoglou if he did otherwise. As I have been of others in the past, particularly 2010 against the same opposition, Germany.

Instead of endlessly wasting time on the what, we should be focusing on the how and who. In other words, talking tactical systems and personnel, the keys to getting us where we aim to go.

It is great that many are talking about the back three (when in possession). We need more of this debate about the mechanisms within, adjustments, problems, matching up against other systems, about when it looks vulnerable or what it offers when it is successful in shaping the opponent’s game.

There are many, many ways to play each system and it is this that the focus should be on. Our media need a lot of improvement before we can create the level of game literacy required to win at the top level.

It is difficult to see how it is so challenging to people when others have been playing a derivation of this system for years.

Chile since at least 2010, Germany for the past few years, even England played exceptionally well against Germany recently under Southgate in this manner. Mexico right now at the Confederations Cup.

It’s a trend of the last near decade. We are late to the party, so to speak.

To the contrary, the main issue for me is that we don’t have enough tactical variation.

Eventually, we must be able to change seamlessly at any time. To my mind, when changing the system of play is barely a talking point, we will have progressed.

The how also includes our development training. What do we need to add? What do current issues mean for player development?

I don’t see the discussion happening in a rational way. Just more of the same from ten years ago about small pitches, fighting character etc. The discussion has to move to a higher level or we’re just wasting time.

The who also means the personnel. It is right to question the type of players required at the back, their qualities. This aids everyone to better understand what we need to produce.

We would all choose different players, that’s the beauty of the game. But ultimately, what is important is that the players learn and adapt to the problems faced. What we should then see is an improved performance against Cameroon, then Chile, and onto Japan, which is the most important and for which these Confederations Cup games are magnificent preparation.

And the who means the technical staff. Their job is to demonstrate the understanding of the system and transfer that to the players to improve game by game.

The proof of this is always in the performances and along the way we need the whole country debating how it is going, what the issues are. This is the foundation of a strong football nation.

No one should be concerned by differences in opinion. A robust environment is absolutely necessary for the progression of our coaches and long-term achievement. The team is experiencing some difficulty qualifying for the World Cup that necessitated a change in system of play. This has led to some performance issues but nevertheless delivered two very important results.

The coach's job is to manage through it while applying a consistent approach (irrespective of the tactical system) that they are appointed to implement. If they succeed, fantastic, if not, lessons are learned and everyone moves on but the path does not change.

Finally, recent comments by players about media and/or fan criticism are unfortunate.

The whole point is that as the nation grows in football, the expectations rise. We fought for years to move beyond the simplistic results discussion to assessing the performances that deliver them and the long term path ahead.

If the team is not performing well, irrespective of results the public has every right to question, in fact we need them to. It's another positive sign of growth.

Top nations have extremely high standards and expectations and the sooner ours elevate, the better. The players need to come to terms with this.

We love our national team beyond measure, but this does not nor has ever meant uncritical support, just unquestionable in the sense that we never forsake the team, come what may.

So, I not only fully support the current approach, I say double down. Go forward, test yourselves, learn and improve. We are on the right path.

There are issues in a transition moment between systems of play, but the approach is non negotiable.