It is interesting to say the least that perhaps the best three contemporary Aussie coaches are now working overseas.

Ange Postecoglou’s exploits in Japan have been well-documented but now there are others working even farther from home.

It is not quite an Australian flood into Europe but to see coaches trickling into the old continent is a big deal and they can really open gates to let in more of their compatriots.

Kevin Muscat and Tony Popovic are now in Belgium and Greece respectively, embarking on what could be fascinating adventures and much more besides.

On a basic level, when your domestic league has only 11 teams then coaching opportunities are going to be limited. This doesn't give budding young tacticians much of a chance to gain the experience they need. So when established coaches go overseas, it creates gaps for others to try and fill.

And if Muscat and Popovic do well then it can only help the reputation of Australian coaches in general which, in turn, will place them in more demand.

Postecoglou winning the J.League with Yokohama F. Marinos has certainly done the reputation of Aussie tacticians no harm at all in Japan and just a few days later Shimizu S-Pulse hired his assistant Peter Cklamovski to be their head coach. 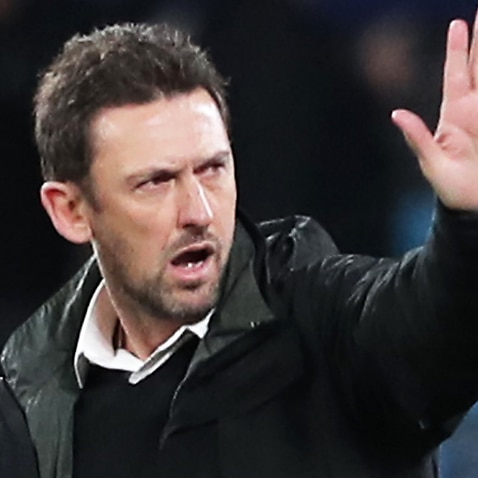 If the former Socceroos boss could win the AFC Champions League then that would be another step forward and give the reputation of his coaching compatriots a major boost, especially in Asia.

And if Muscat and Popovic can replicate some of their domestic success in Belgium and Greece that would be a fantastic step forward for Australian coaches who have traditionally struggled to be given chances in Europe.

There’s more to it too. Over the years in Asia, it has been common to see Brazilian coaches fill their foreign players quota with players from home.

In the A-League we saw Robbie Fowler at Brisbane Roar look back to the United Kingdom for recruits. There’s nothing wrong with this as long as it is not a case of jobs for mates.

Coaches should have a good idea of what players are available back home and whether they can do a good job elsewhere.

And this is what Australian coaches can do overseas.

Muscat and Popovic know what talent there is in the A-League better than any other coach in Europe.

They also know that such talent is not going to break the bank even in these troubled times and they know which players are capable of making it in Europe.

The two coaches have this knowledge that their rivals in Belgium and Greece do not have. It makes sense to use it. Postecoglou has not been home to shop for players for Yokohama but the situation is slightly different in Japan where clubs are limited in the foreign players they can select unless they are from a number of ‘partner nations’ (mostly in Southeast Asia) which Australia is not.

There are few such limits in Europe and it was therefore encouraging to see that Muscat and Sint-Truiden have signed Liberato Cacace from Wellington Phoenix.

OK, the teenager is from New Zealand but this is young talent from the A-League going to Europe and, more importantly, this is talent heading to Europe that would not be going there - at least at this moment - had there not been an Australian coaching the team.

Now it is up to the player. If this youngster stars in Belgium then there will not only be other clubs who see the A-League as a potential pool of talent but it will make it easier for the Aussie coaches, present and future, to sign more players from their home league.

Well-travelled coach Bob Houghton, who coached in Saudi Arabia, China, Uzbekistan and India, always said that if you can send players overseas, it usually improves them and that will strengthen the national team.

It also means that there are more opportunities back home for young players to get a chance and the whole player pool grows in quality and quantity and then development comes quickly.