It was a bolt out of the blue and white but Aaron Mooy’s surprise transfer from Brighton & Hove Albion to Shanghai SIPG that was announced in the early hours of Saturday (AEST) could turn out to be a good one for Australia.

Losing a player from one of the world’s top leagues can be hard to take, especially after he had been with the south coast club one season and done enough to become a fan favourite.

The English Premier League is the most popular on the planet and it is great to see players from Asia go there, make a name for themselves, and pit wits and skill against some of the world's best players.

But the move is not one to be sniffed at. Mooy is heading to one of the most vibrant cities in the world as the biggest signing in Chinese football this year.

Not only that, the 29-year-old is going to be a key player for one of Asia’s biggest and best teams - Shanghai SIPG.

The club will soon move into a brand new and beautiful stadium in Shanghai that will make Brighton’s Amex arena look positively dated. The new home was needed as the old Shanghai Stadium, where SIPG have played for most of their history, has seen better days. It had its charms though even apart from its more central location. 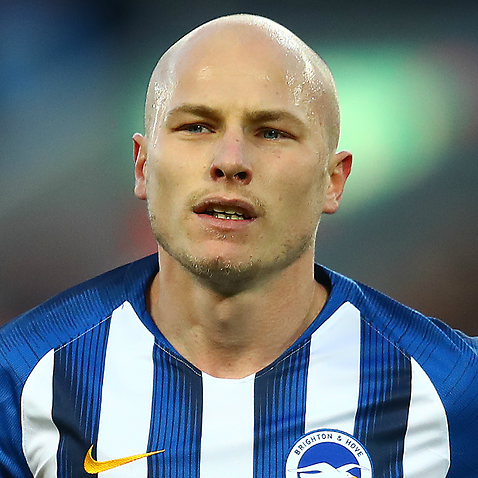 I was there in February 2017 when Shanghai thrashed Western Sydney Wanderers 5-1 in a play-off for the AFC Champions League. Staying in a hotel that was part of the stadium, where you could see fans going up and down stairwells two hours before kick-off was a thrill, and there has long been a good big-game atmosphere at Shanghai that should be even better when the new arena opens and fans are allowed to fill the 33,000 seats.

But there is something more important for Graham Arnold. The road to Qatar 2022 is going to be crazy.

The Premier League is squeezing 38 games into a season that is going to be a month shorter than usual. And with no World Cup qualifiers at all in 2020, there could be as many as 14 crucial games in 2021 and that is before you even start talking about the Copa America, which Australia is invited to for the first time.

With all the games and all the travel (who can forget the 250,000 or so km travelled on the road to Russia?) the former Melbourne City man would have turned up for national team duty as a shadow of his former self.

Now in China, not only is there less travel for Mooy to return home, there is a gentler pace and fewer games with a time difference that is much easier to deal with. And being in Shanghai also makes it convenient to head to the rest of Asia, especially for possible major clashes against the likes of Japan, Korea Republic and China in the final round of qualification.

What could be a real bonus, however, is China’s desperation to qualify for a first World Cup since 2002 and only a second ever. Because of this, the league helps the national team as much as possible.

Quite often, ahead of qualifiers, the league will take extra time off above and beyond the usual international break. It has been known to stop for the best part of a month in the past.

It remains to be seen whether this is possible in 2021 but more time will be given to China-based players than any other in Asia and certainly any in England.

It all means that Mooy should be arriving for international duty feeling pretty fresh.

Regardless of whether Mooy is a success in China or not (though he really should be), Graham Arnold should be a happy man.