There’s plenty of reasons for Macarthur fans to get excited about the prospect of watching Beñat Etxebarria this coming A-League season, according to Spanish football expert and lifelong Athletic Bilbao fan Alvaro Romeo.

Romeo, who may be familiar to Australian audiences for his regular appearances on the popular Totally Football Show podcast, says Etxebarria can be very successful in the A-League, although with some caveats.

Etxebarria was announced by the new A-League team last Friday, and joins Macarthur after playing 251 matches in La Liga and over 30 matches in European competitions.

The piece will be out later today, but here is how to pronounce his name correctly. 🇦🇺⚽🇪🇸 pic.twitter.com/IIuN41WGUt

“He is a technical midfielder, he is gifted when it comes to ball control and passing,” Romeo said from London.

“I always have a little bit of doubts about his physical condition.

“He’s a little bit of a diesel engine. He’s not particularly strong, He tends to gain weight, so he has to be very sharp with his diet and training. But I believe he can be a great addition.

Etxebarria will not only face the challenge of playing in a new country and learning a new language for the first time in his career but playing with a completely new team, as all of Macarthur’s players come together for their inaugural season.

“Beñat is the type of player who can gel all these new players and be the anchor you need in the midfield to start playing football and finding associations inside the pitch,” Romeo explained.

He is likely to be the conductor in midfield for Macarthur this coming season, but don’t expect him to be a boisterous leader.

“He is very professional but he is a shy guy, rather than a leader, he goes a little bit with the tide.

“When things are favourable Beñat normally plays very well. If the game presents any particular obstacle maybe Beñat won’t be that big leader (that you need).

“The language will be a barrier too, I don’t know how confident he is with his English, obviously that plays a part.

“Beñat can gel the team, he can be really a great midfielder, but I wouldn’t expect at this stage of his career - him being 33 now - to take the leadership of the team. That is something that I believe is not within him.

“His biggest leadership skills have been shown, not at Athletic Bilbao, but probably at Betis at the beginning of the 2010s.

“At Athletic Bilbao he let the leadership run through the veins of other players like Aritz Aduriz or Raul Garcia.

“He’s not exactly a leader, but he’s a very good player.

At 33, there is often a worry a player who comes from Europe at that age can be particularly injury-prone, but Romeo says that should not be an issue.

“He’s not particularly injury-prone. In the last year, he had a hip injury. In October 2019 he had an ankle problem, but nothing big no ‘Achilles heel’.

This A-League season will kick-off in the middle of the Australian summer in late December, but Etxebarria has experience in the heat, especially during his time with Real Betis in the south of Spain where maximum temperatures can easily get into the high 30s and low 40s in the middle of summer.

“I don’t think that will be an issue if he gets fit. He needs to make sure that everything (coach Ante) Milicic tells him to do, he does it.”

Etxebarria will be joined at Macarthur by fellow Basque native Markel Susaeta who played last season with Melbourne City.

Susaeta and Etxebarria spent nine years together in Bilbao, playing 157 matches together.

“They have a good relationship. They played for Bilbao during a successful period and a very challenging period. So they have been through thick and thin.

In 2015, together they won the first title for Bilbao in 31 years when they defeated Barcelona 5-1 on aggregate in the 2015 Supercopa de España.

“Susaeta is a winger with tremendous work ethic, Marcelo Bielsa was so happy with him because he knew he could rely on him for every single game.

“Like Beñat, he has never taken on a leadership role. He is also the type of player that plays well if the team plays well.

“If there is something not going well, his game can fade away. This is the profile of player you are getting.

“They can also help create a good atmosphere in the locker room.” 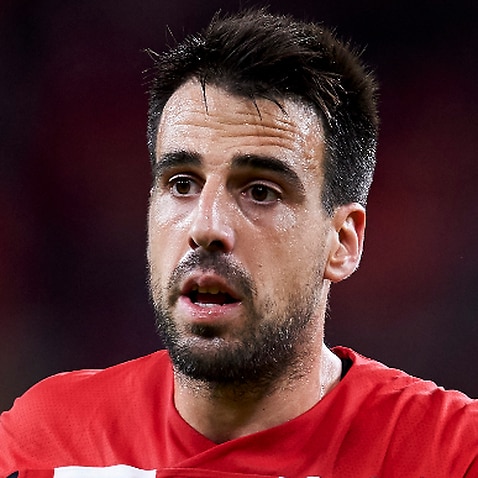 Macarthur fans will be hoping Etxebarria can have a similar impact to what fellow Spaniard Diego Castro had at Perth Glory.

Castro joined Perth Glory in 2015, at the same age (33) that Etxebarria is now, having played a similar number of matches in La Liga.

Castro has gone on to be one of the best players the league has ever seen, winning the Johnny Warren medal in 2016.

“It’s difficult to compare the two, Beñat is not as quick as Castro was, but Beñat can rely on his ball control and quality, I think he can replicate the level of Diego Castro, maybe not when it comes to the exuberance, but when it comes to the skill he can leave his print on the league.”