In an interview with The World Game, former Socceroos defender Kevin Muscat opened up about his disappointment of not being selected for the 2006 Socceroos FIFA World Cup squad, and who he rated as the best players he shared the pitch with during his career.

The full interview with Socceroos Great Kevin Muscat can be found here.

In the lead-up to the 2006 World Cup, Muscat already had 45 international appearances under his belt.

But his hopes of an appearance at world football's showcase event were dashed when Guus Hiddink replaced then-coach Frank Farina.

The often outspoken Muscat expressed his frustrations with how the situation was handled by the now-revered Dutch manager.

"I was in the team that played in the 2005 Confederations Cup under Frank Farina but when the group met again under new coach Guus Hiddink, I was the only one not to be invited to the camp," Muscat said.

"I thought I was good enough to be in the 23-member squad for the World Cup. But Hiddink, in his wisdom, made the decision not to pick me.

"I appreciated his difficult task of naming the squad but it would have been nice to get an explanation why I was left out. I was very disappointed.

"Hiddink did not even give me the news himself and got his assistant Graham Arnold to call me but I was none the wiser after speaking with him. Arnie was rather vague and said something like I was not selected because Hiddink knew what I could do.

"What the hell does that mean? You tell me.

"Arnie and I have talked about it again, but I still do not know why I was dropped." Socceroos Greats - Where are they now: Kevin Muscat 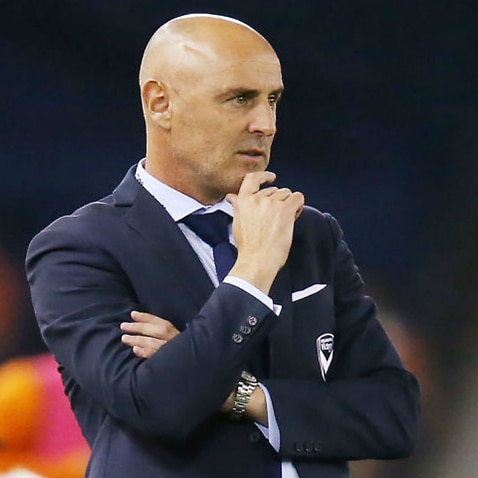 Muscat also shared his thoughts on the best players he shared the pitch with - whilst a Socceroo and during his club career with sides including Crystal Palace, Wolverhampton Wanderers, Rangers and Melbourne Victory.

"At national level Viduka, Kewell, Cahill and Mark Bosnich when he was in his prime were some of my best teammates while I was fortunate enough to share a pitch with some exceptional footballers like France's Zinedine Zidane and Brazilian pair Romario and Ronaldo," he said.

"At club level, my best teammate was Argentina's Claudio Caniggia, who was at the end of his career when he came to Rangers but proved his class. I faced Arsenal's Dutch winger Marc Overmars several times in England. He was at the time the world's best player in his position."