Neymar has questioned French football's lawmakers after being banned for Paris Saint-Germain's Coupe de France final against Monaco next week.

The Brazil international was booked four minutes after being brought off the bench in Wednesday's eventful 2-2 semi-final draw with Montpellier, which PSG won 6-5 on penalties.

Neymar, who sat out two matches after being sent off against Lille last month, has triggered a one-game suspension linked to his punishment for that previous offence.

The league's disciplinary committee met and it has been confirmed Neymar will not be available for the showpiece against Monaco at the Stade de France.

Reacting to the news on his personal Instagram page on a post that has since been deleted, Neymar said: "I would like to understand the reasoning of the guy who takes care of bookings in France!

"That deserves applause. What a mess." 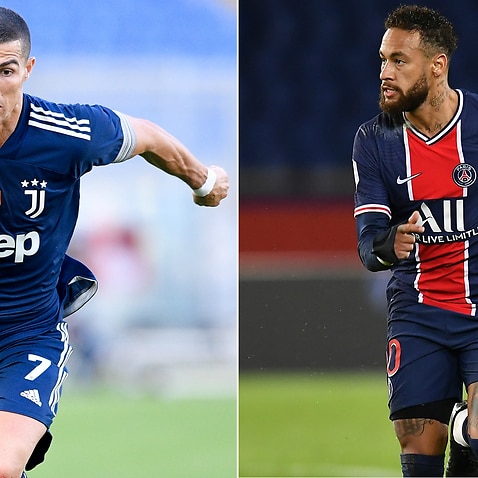 Neymar signs new PSG deal as he commits until 2025

Neymar's outburst could land him in further trouble with disciplinary chiefs, having also hit out at referee Jeremie Pignard following the win against Montpellier.

"I play five minutes, I commit a foul and he gives me a yellow without even thinking," Neymar posted on social media earlier this week.

"Thank you for suspending me for the final. I think it was personal."

Mauricio Pochettino's PSG may be relying on next Wednesday's Coupe de France final to salvage their campaign.

They trail Ligue 1 leaders Lille by three points with two games to go - the first of those is at home to Reims on Sunday - and were knocked out of the Champions League by Manchester City at the semi-final stage.

Neymar penned a new four-year deal with PSG last week and has featured 29 times for the French giants in all competitions this season, scoring 16 goals.