Western United's Victor Sanchez speaks about his impressive career, trying to stop Lionel Messi, playing under Pep Guardiola and the salary cap being one of the reasons why he came to Australia.

Stopping Leo Messi is one of the hardest challenges in world football. But what if you’ve faced him 17 times? Surely it gets a little easier every time? Surely a little bit more predictable?

“No, definitely not. You think you’ve worked him out and then - boom! -  he goes the opposite direction,” Western’s new signing Sanchez says from hotel quarantine in Melbourne.

Sanchez, 33, was once a teammate of Messi's at Barcelona, but he spent much more of his career trying to nullify him.

“It’s impossible (to stop him). If you get a little chance of getting the ball off him or forcing him to make a mistake, this is already a triumph. But it didn’t get easier. “ But there is no shame in that - Sergio Ramos, one of the greatest defenders of his generation, has lost 16 times to Messi (in 44 matches).

It’s precisely because he faced Messi so many times that you get a sense of how good Sanchez is.

He has played with and against some of the best players in football history. From Messi to Cristiano Ronaldo. From Luka Modric to Andres Iniesta. So how did Sanchez go from playing in Spain to signing for the A-League’s second-newest club?

“Everything happened through Mark (Rudan), the coach of Western United, he contacted me because he had been in Spain before scouting and working with some clubs and agents.

“He called me to discuss the possibility of coming here. I started to discuss it with my family and there were a lot of good things (about Australia).

“It’s a safe country, a good education system, the coronavirus is under control. The league is very competitive. So after Mark contacted me I could see it was a good idea.”

Sanchez wasn’t the only Spanish player who could see the benefits.

Sanchez’s close friend and former teammate Javi Lopez is at Adelaide United. Diego Castro was already at Perth Glory. These four players and Sanchez have over 1400 La Liga matches between them. Why midfield maestro Etxebarria should excite Macarthur and A-League fans

Australian football fans should be very proud and excited to have players of this quality in our league, and hopefully, it could lead to even more players coming.

Sanchez spoke to Susaeta and Benat before signing with Western United. They all shared the same thoughts.

“It's a good country to live in, everything for your health and your family is good. But the most important thing is the league itself, it’s very competitive and it’s well set up,” Sanchez says.

This might surprise some people in Australian football, but things like the salary cap and some of the more unique things about the A-League can be seen as a positive for players coming from Spain.

“The economic level of all the clubs being similar makes the league competitive. It makes it attractive for us. In Spain, for the last 10 years or more, it’s only been three teams who can compete for the title.

“When you play against Barcelona or Real Madrid, we treated it like a final, but we couldn't compete economically with them.

“Here you can put together a solid team and compete for the title.”

It’s a change of pace for Sanchez, Beñat, Susaeta and Lopez who - while being very good players in well-functioning teams - never came close to winning a league title.

Sanchez did in fact win one with Barcelona in 2009, but he only played seven matches, with four of those coming from the bench. A 7th-place finish in 2019 was the closest he got with Espanyol.

The 32-year-old was, however, a little bit less convinced about the fairness of who is awarded the A-League championship.

“I think it’s unfair that the team who finishes the season top of the table isn’t necessarily the champion. However it can also make it more exciting, we have a similar system with the play-off system in the lower divisions in Spain.”

Sanchez has the unique perspective of playing under Pep Guardiola in his first-ever season as a coach with Barcelona’s B team in 2007/08. Even then they knew that Guardiola would be a successful coach.

“He knew about everything. It was incredible how detailed he was. He analysed everything. He was so restless. He gave you perfect instructions during the match. At half-time, he always helped us turn the tables. It was amazing how he changed so many matches in our favour. He made us all better players.

“We all knew that he was going to have a great career as a coach.” 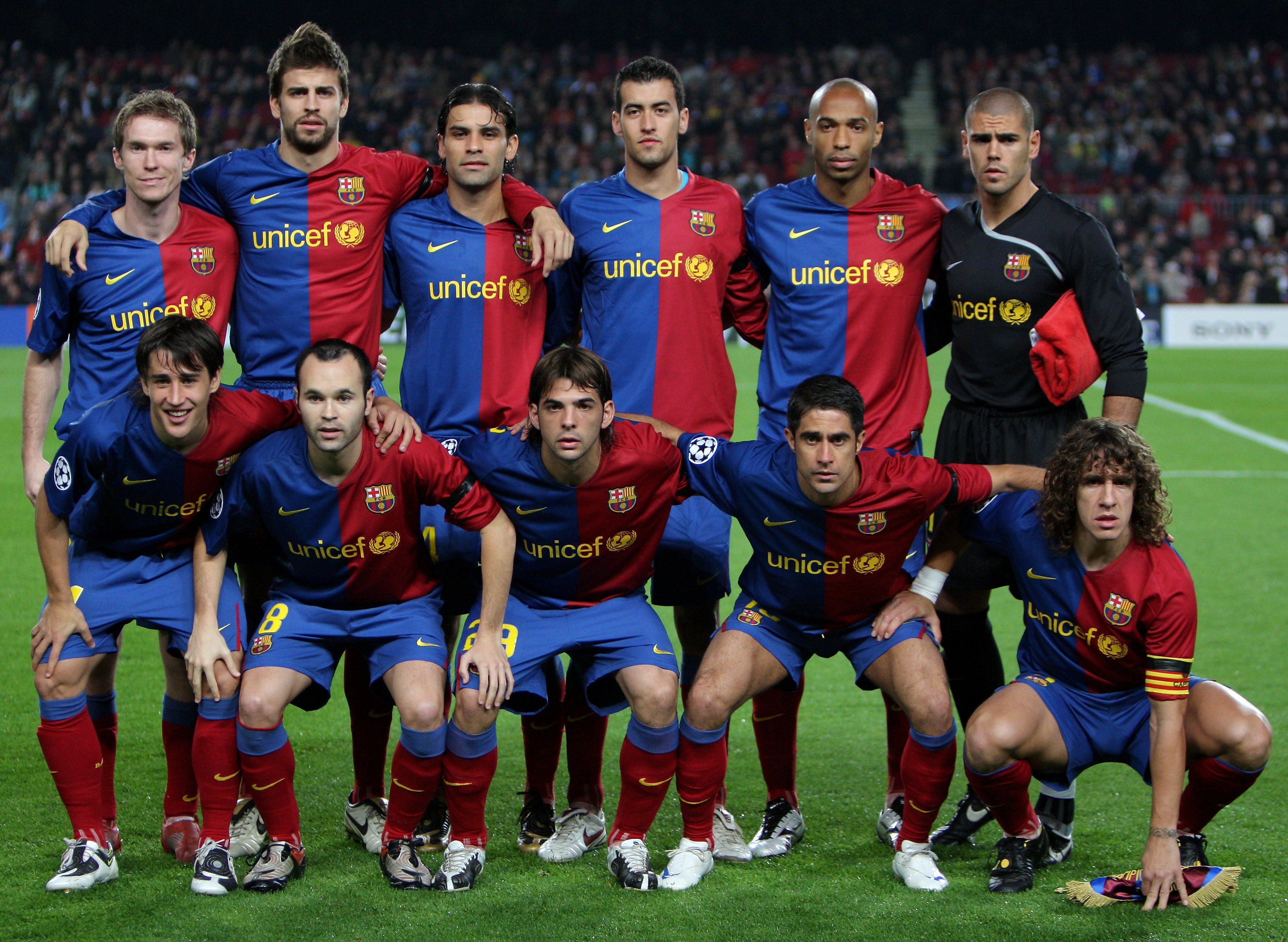 Victor Sanchez (to the right of Andres Iniesta) alongside a star-studded line-up for Barcelona in 2008 in the Champions League.
Getty Images Europe

This season Sanchez will be working under Marko Rudan, who has one of the clearest tactical identities in the league that is likely to see Sanchez slip into perfectly.

“Yes, he told me the style he wants to play and I like it. Because it’s more or less five at the back or 3-5-1-1 or 5-1-2-2, with a defensive midfield pivot, with three centre-backs behind, two wing-backs, and a two-two upfront.

“It’s similar to how we played last season with Espanyol under Pablo Machin. Mark actually was at Girona learning about how Pablo worked.

“I have a good sense of this system because I played this way under Pablo for three or four months last year.”

“He (Rudan) was looking for a player who could play in this defensive midfielder role and finally he thought of me.”

Western United fans will be glad he did.