Kevin Muscat has emerged as the clear front-runner to take charge at Western United next season, should the club part ways with Mark Rudan.

Though linked with Celtic as a potential assistant to Ange Postecoglou in Glasgow, Muscat is also in demand in the A-League.

With scant interest in Europe following his sacking by Belgium Pro League Sint-Truidense in December, the former Melbourne Victory coach does have A-League options, assuming a reunion with former mentor Postecoglou at Celtic Park doesn’t pan out. 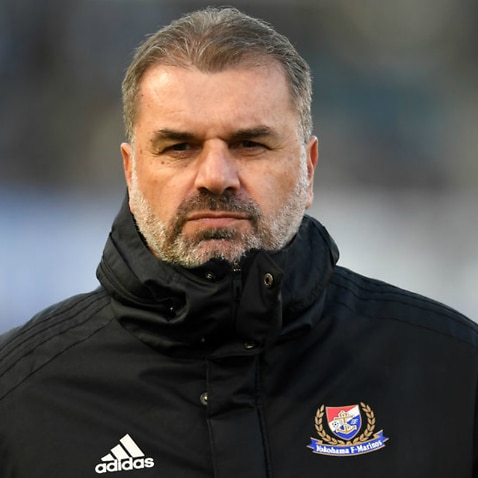 Cut adrift after two wins from 14 games at Sint-Truidense, Muscat has based himself in London ever since.

The former Rangers, Wolverhampton, Crystal Palace and Millwall defender is also in the mix to take the baton at Perth Glory, if rookie coach Richard Garcia is jettisoned after failing to make the top six.

And likewise at Western Sydney Wanderers where Carl Robinson is under the microscope after an indifferent maiden campaign.

Western lost their last eight games to tumble from hot playoff prospects to also-rans, limping home in 10 place, conceding 23 goals in the process with just three in reply in a horror home stretch.

The club is in the process of conducting a forensic post-mortem and may be tempted to move for Muscat, 47, who won two A-League championships, a premiership and the FFA Cup in his his six years as Victory’s head coach.

Last month’s 6-1 submission to Melbourne Victory marked a low watermark for Rudan, who lead nascent Western into the finals in his debut season.

The ex-Wellington Phoenix coach, 45, touched on some of the issues facing the club after that sobering loss.

“The wheels have just fallen off," he said. “It’s a big learning curve for myself first of all, and for everybody associated with the football club.

"I think we all need to have a good hard look at ourselves. There needs a massive reset, I believe, and we need to be better in many areas.”

Like Rudan, Garcia will be looking over his shoulder after only managing to finish ninth - five points off the playoffs - despite having an accomplished squad at his disposal.

Robinson, too, was blessed with an array of talent but still lagged four points off sixth spot, and will be hoping owner Paul Lederer gives him the benefit of the doubt amid fan unrest at the club missing the finals for a fifth successive season.