Timo Werner's first international goals in the win over Cameroon showed how pivotal he may be to Germany's bid for back-to-back World Cups.

A much-improved second-half showing, aided by another VAR farce, booked Germany's place in the Confederations Cup semi-finals as Group B winners with a 3-1 victory over Cameroon.

But it is a much older feature of the beautiful game, the art of goal-poaching as opposed to any haphazard forays into technology, and its demonstration in Sochi that may prove more significant for the world champions.

Miroslav Klose bowed out on top in 2014 as the top goalscorer in World Cup history, but the redoubtable target man was a bit-part player by that stage and Die Mannschaft have struggled for a reliable centre-forward ever since. 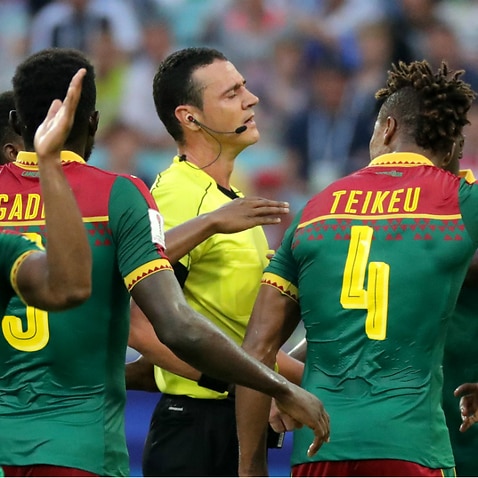 The enviably deep pool of talent available to Joachim Low has been on full display in Russia over the past week, as a youthful line-up have played with intelligence, style and maturity to negotiate the round-robin phase undefeated in the absence of numerous star names.

However, the well is of a more shallow and dry nature when it comes to leading the attacking line.

In the opening game of this competition, versus Australia, Hoffenheim's Sandro Wagner appeared far more Gomez than Klose and Low reverted to playing without a recognised striker, as he often has, for the 1-1 draw with Copa America holders Chile.

Against Cameroon it was time for Timo Werner, the RB Leipzig man with 21 Bundesliga goals to his name last season – more than any other German. It should unquestionably be the 21-year-old's time, but it is a little more complicated than that.

Leipzig stormed to second place behind champions Bayern Munich on their Bundesliga debut, with Werner as their shining star.

"He's already a very good player, but I think he will be a massive player," said head coach Ralph Hasenhuttl.

Far from a mere penalty box operator like Gomez, Werner operates with pace and intensity across the forward line and is an outright menace for opposition defences. He is what Germany have been waiting for.

Unfortunately, he established himself as public enemy number one midway through the campaign, with a dive to win a penalty against Schalke that even VAR in its embryonic struggles would have overturned in a flash.

Werner has been roundly booed since, including when he came on as a substitute for the national team against San Marino earlier this month.

Low came out strongly against those supporters, while an unrepentant Werner believes the problem is not with him but Leipzig's controversial ownership model and funding from soft drinks giant Red Bull.

"I do not know what all the fuss is about," Werner said. "We have seen people dive for years. People are making a big thing out of it just because I play for RB Leipzig."

Now, maybe, the fuss can start to be about a goalscorer who can take international football by storm.

Werner endured a frustrating time for the first hour at Fisht Stadium, the well-grooved runs that have been a flame to the moth of Emil Forsberg's exquisite passes at club level left him down blind allies too often in new company.

After Kerem Demirbay beat him to a maiden international goal, Werner snatched at two of the kind of chances he gobbled up throughout 2016-17. 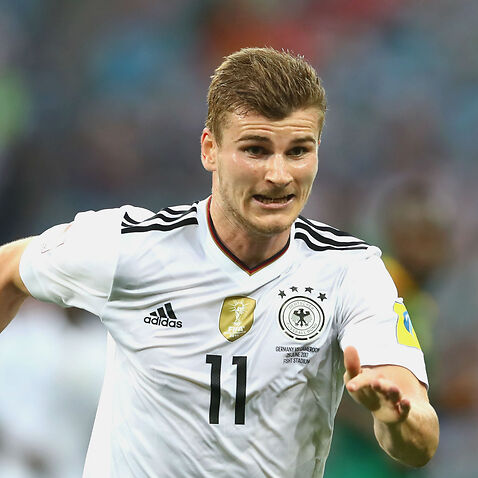 Then came Ernest Mabouka's red card for a lunge on Emre Can, via VAR and amid an inexplicable case of mistaken identity. Sebastien Siani was initially dismissed before referee Wilmar Roldan was alerted to his embarrassing error.

It was bedlam but Werner showed that enviable trait of all masters of his trade, an ice cool temperament, as he cut through the madness to head home Germany's second.

He swept home another after Vincent Aboubakar gave Cameroon unlikely hope. A year from now, Werner could be leading the charge for back-to-back World Cups, those pesky boos a distant memory.