Wellington Phoenix have climbed off the bottom of the A-League ladder by punishing a wasteful Newcastle Jets team at McDonald Jones Stadium.

A goal in each half secured Wellington's first win in five matches and their 2-0 victory snapped the Jets five-game unbeaten run, which had gleaned them 11 points.

The Jets created most of the chances in the first half, having 12 attempts to two, but couldn't find a way through a resolute defence.

English striker David Ball, back from a two-match suspension, opened the scoring in the 22nd minute. 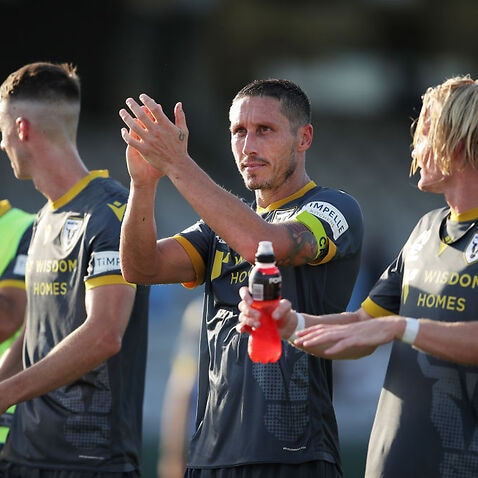 Phoenix doubled their lead in the 53rd minute with a cracking right-foot drive from almost 25 metres from 19-year old Ben Waine.

Newcastle were left to rue missing their first-half opportunities, racking up many more shots and corners than the visitors.

Roy O'Donovan had a shot blocked by Phoenix goalkeeper Oliver Sail and was off target with another one and a header. Nikolai Topor-Stanley came close twice in a few seconds and Steven Ugarkovic had a strong long-range shot deflect just wide of the goal.

The second half was a much more even affair, but Newcastle lacked the creativity and penetration to prise open Wellington, who recorded their first clean sheet of the season.

Newcastle coach Craig Deans appeared to take umbrage at comments from Wellington after the game finished.