The 21-year-old scored his ninth goal of an impressive campaign with the Roar in Wednesday's 2-1 win over Perth Glory at Moreton Daily Stadium.

While most are expecting Danzaki to return home at the conclusion of the Roar's season to continue his career with Sapporo, Moon says he'll be doing all he can to bring the youngster back next season.

"We have big plans to keep him," Moon said.

"He likes it here, he wants to stay. "Obviously he has to weigh up his future but it's a lot to be sorted out because it's not a straightforward matter.

"He's very popular here with the group, he loves it here and we'll see what happens with him next season."

Danzaki isn't the only youthful player to play a key role in the Roar's season, with Alex Parsons coming off the bench to continue his recent good form by assisting Danzaki's goal.

Others such as striker Dylan Wenzel-Halls, midfielder Rahmat Akbari and defensive duo Jordan Courtney-Perkins and Kai Trewin have also played their parts throughout the campaign.

Moon was particularly full of praise for Trewin and Courtney-Perkins after they'd made light of the absences of English duo Tom Aldred and Macaulay Gillesphey on Wednesday to deny a desperate Glory outfit. 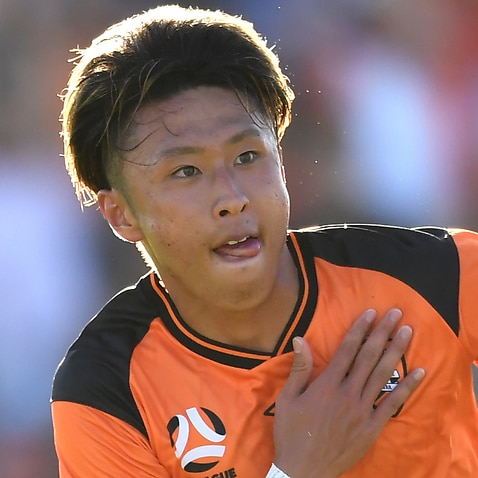 Danzaki unsure of future but loving life in Brisbane

"I think we've had 10 or 11 games this season without Tom and every time we've put someone in they've stood up," Moon said.

"When the importance of the match was placed on the young boys coming in, they stood up and couldn't be prouder of them.

"What it means is that you just keep growing and building belief in our squad, not just in our senior players but the younger ones that can come in and get the job done."