Aston Villa midfielder Jack Grealish regrets breaking the United Kingdom's lockdown rules but does not believe he should be defined by his mistake.

In late March, Grealish was pictured on social media on a Birmingham street next to his Range Rover, which had collided with two parked cars. The incident is being investigated by West Midlands Police.

Grealish later apologised and said he was "deeply embarrassed" after it emerged he had visited a friend's house, thereby flouting government restrictions that were imposed to try and limit the spread of coronavirus. 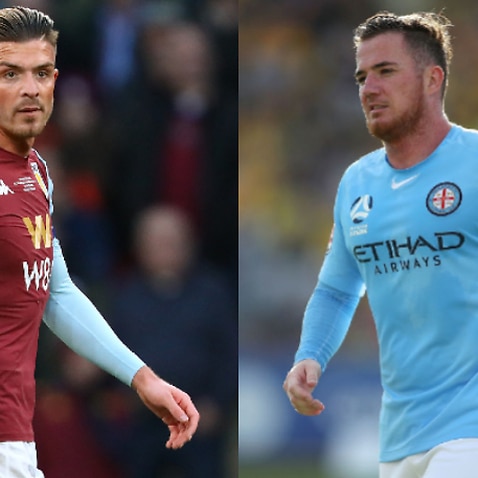 Just a day earlier, Grealish had taken to social media to urge people to follow protocols and he has since donated £150,000 to Birmingham Children's Hospital and raised £55,000 for the NHS by raffling off one of his shirts.

Grealish acknowledged his error of judgement, telling reporters: "I knew straight away that I had to come out and apologise myself, which I wanted to do; I didn't want to hide behind a club statement.

"I know I am a footballer but I'm still human and we all make mistakes and straight away I knew I'd made a mistake.

"I'm also a role model as well to a lot of people out there, especially young children who might look up to me. So I try to act in a respectable manner but since then I have tried to keep my head down, work hard and do as much charitable work as possible."

Grealish says people will always focus on his errors despite his efforts to make amends.

"That's just the way things are in this world that we live in. Everyone knows when you do something it's always going to be the bad stuff that gets out there," he added.

"That's what I have to deal with. I respect my job, absolutely love what I do, and wouldn't change it for the world."

The Premier League is set to return later this month after a three-month hiatus due to the COVID-19 crisis.

Villa's return to training was overshadowed by the death of the father of manager Dean Smith, as a result of the coronavirus.

With Villa two points adrift of safety with a game in hand, Grealish said the squad is even more determined to avoid relegation for the Smith family.

"I always used to ask him every day how his dad was getting on," Grealish said. "Then when the news came it was devastating for him and his family. Us as players have tried to be there for him and try to help him.

"One good thing about football when you are having a problem away off the pitch, when you do come into training or play a match, it takes your mind off everything else. It certainly does for me. That's what we tried to do for the manager.

"I'm sure we all want to avoid relegation even more now, for the Smith family."