A move to Barcelona may not have transpired this month, but Memphis Depay expects further interest in his signature in January.

The Lyon striker appeared set to reunite with his former Netherlands boss Ronald Koeman at the Blaugrana and personal terms had already been agreed. 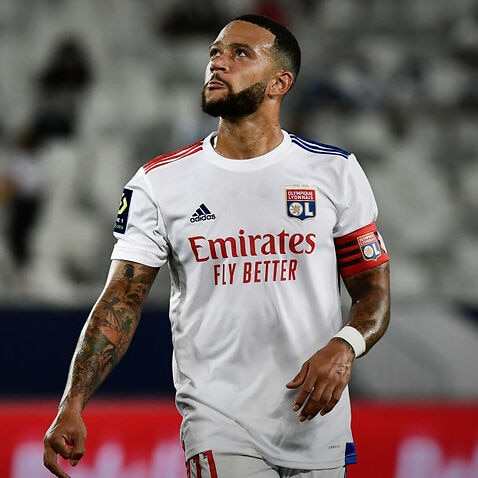 However, a deal between the two teams could not be struck, with Depay admitting "certain rules" prevented him from joining Barcelona.

The 26-year-old's contract expires at the end of next season, though, and he believes that makes him an intriguing prospect for potential buyers once the window reopens.

"I’m 26 and my transfer will cost next to nothing," he told BN DeStem.

"So we can expect that clubs will show an interest.

"It'll be January soon. We'll have to see how things are going.

"Not that I will definitely be leaving, but the possibility of clubs showing up soon is probably greater."

It is possible that Barca will renew their interest given Koeman was unsuccessful in trying to bring in a striker to replace Luis Suarez following his departure for Atletico Madrid.

Lyon president Jean-Michel Aulas has previously suggested that Depay will do everything possible to try and force through a move to Barca in the new year.