It's been a stop-start few weeks for Western Sydney, but the Wanderers are intent on making a late charge to the A-League finals.

Saturday's match at home to last-placed Newcastle Jets, pits the two newest head coaches in the competition against each other.

Welshman Carl Robinson, who was appointed last week, will take charge of the Jets for the first time.

Jean-Paul de Marigny, who was appointed in a caretaker capacity last month, will endeavour to become the first Wanderers head coach to win their first two games.

A bye and a late postponement of last week's Sydney derby means the Wanderers have played only one game over the three previous weekends.

"It's got its positives though," Wanderers' central defender Dylan McGowan said.

"In terms of the the new coach coming in, it's probably given us a bit of time to work on 'things to improve his game style a little bit.

"It's given us time as a group come to grips with what he's after in individual positions and as a team. So I think we've used the time positively."

Robinson, who won 52 caps as a midfielder for Wales, said he would take his time and evaluate his players. 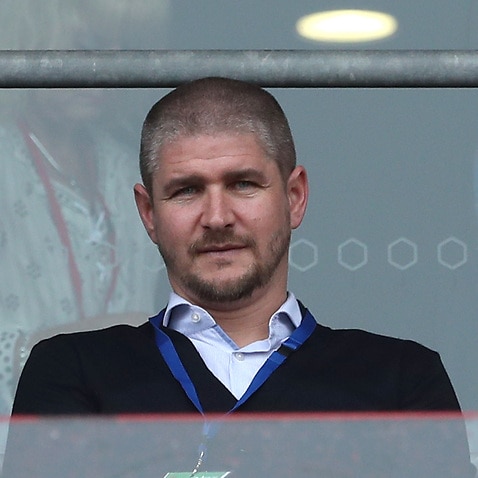 "Everyone's got a clean slate, players who haven't played will get the opportunity if they deserve to play," Robinson said.

"Players who are in the team, I'm going to put demands on to stay in the team."

The Wanderers enter round 19 in eighth spot, five points behind sixth-placed Brisbane, but with a game in hand.

"We need to get moving," McGowan said.

"It's still very possible for us to not only get into that top six, but to push even further up the table and try and get a home final and really make an impact on the finals.

"Our goal for this back end of the season is to get as high up in the league as possible and hopefully hit finals at the right time, with the right amount of form and really cause a few upsets."

McGowan agreed meeting Newcastle in their first match under Robinson meant the Jets could be something of an unknown quantity as far as tweaks to their style.

"Obviously there's an unpredictability with them because you're not sure what the new gaffer will bring, what he's asking of his players in terms of formation and personnel-wise, so we'll have to take it as it comes," McGowan said.

*Jean-Paul De Marigny will be looking to become the first manager to win their first two A-League games in charge of the Western Sydney Wanderers.

*Newcastle Jets have lost their last five A-League away games, conceding 16 goals in that span.

*The Wanderers and Jets have each scored 17 goals this A-League campaign, the joint-fewest of any team in the competition along with Central Coast Mariners, heading into this week's round.