Western Sydney Wanderers have appointed Jean-Paul de Marigny as the A-League club's head coach until the end of the 2020-21 season.

The former Socceroos defender has been in charge of the Wanderers as interim coach since former German international Markus Babbel's exit in January.

The Wanderers have won three and drawn three of the seven games during de Marigny's tenure.

De Marigny, who previously worked as an assistant at Melbourne Victory, said taking up his first A-League head coach role was a "humbling" experience.

"I'm very excited about this opportunity and the challenge ahead for this season and next," he said.

"The challenge ahead in the short term is getting to finals football, that's the first challenge and we're all looking forward to that.

"For the following season it is all about planning, recruitment and signing players at this stage - getting the right group together that can be successful, who have the right mindset and will bring performances that show the fight and hard work it takes to play for this great club." 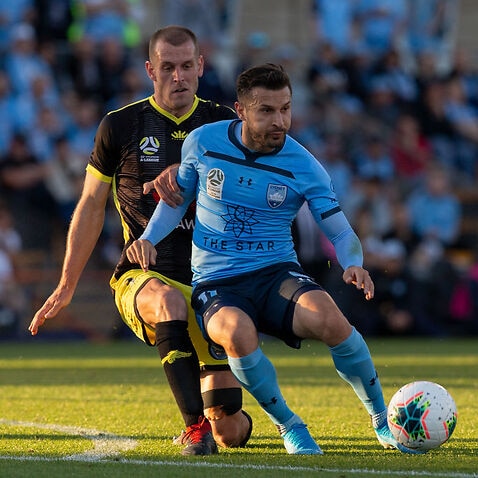 Chairman Paul Lederer said the Wanderers' renewed discipline and aggression under de Marigny showed he was the right man for the job.

"When 'JP' took the reins for the first time, we immediately noticed a shift in the group - a change in their character that had more aggression and passion to win," Lederer said.

De Marigny's appointment comes a week before the Wanderers were due to restart their 2019-20 campaign against Melbourne Victory.

However, that match is likely to be postponed with Victory in isolation in NSW due to the latest COVID-19 outbreak in Melbourne.

The eighth-placed Wanderers have five games remaining this season and are just one point behind sixth-placed Western United, who have a game in hand.

"From day one since we returned from lockdown it has been about getting the players to the physical state they need to be at," de Marigny said.

"We need to make sure that our mindset and performances are strong.

"Everyone is up for the challenge and is excited to get back out there and play."