When Al Hilal take the field in the first leg of the AFC Champions League final on Saturday, Urawa Reds and not Western Sydney Wanderers will be the opposition but the Australian side will not be far from Saudi Arabian minds.

Truth is, the Riyadh giants have still not gotten over what happened back when they met the Sydneysiders in the 2014 final.

The A-League team won the first leg 1-0 thanks to a Tomi Juric goal just after the hour. The second leg was mostly one-way traffic but Al Hilal could not find a breakthrough.

The enduring image was not one of the hosts lifting the trophy but of star striker Nasser Al Shamrani first head-butting and then spitting at defender Matthew Spiranovic.

The frustration was as intense as the disappointment and borne out of the club’s history and expectations.

History as Al Hilal set great store by their continental stature and have been crowned Asian champions twice, though the second came back in 2000.

Expectations because, well, they never imagined they would not win. The celebrations had already been planned in the Saudi capital and this was as painful a defeat as you can get.

Seeing bitter Jeddah rivals Al Ittihad lift the 2004 and 2005 AFC Champions League trophy did not go down well in Riyadh. In response, Hilal fans started to count all their Asian trophies - past Cup Winner’s Cups and Asian Super Cups - towards their tally to claim they have six titles and are the most successful team in Asian history.

While it is not true, it shows the desperation to be top dog. So to meet an almost unknown Aussie team in the final was the perfect chance to become only the second team, after Korea Republic’s Pohang Steelers, to win three Asian championships.

Al Hilal dominated proceedings. That is not to take anything away from the Wanderers who defended with rare discipline and concentration.

Becoming champions of Asia so soon after coming into existence was breathtaking and should hold a much more prominent position in the litany of Australia’s great sporting achievements.

Nobody would deny, however, that Tony Popovic’s side enjoyed the rub of the green in Riyadh as well as the, at times, baffling leniency of Japanese referee Yuichi Nishimura in front of over 60,000 home fans (and 14 away) in the second leg.

The official had been accused of giving Brazil a soft penalty in the opener of the 2014 World Cup a few months earlier and was determined not to do the same in the Asian final. 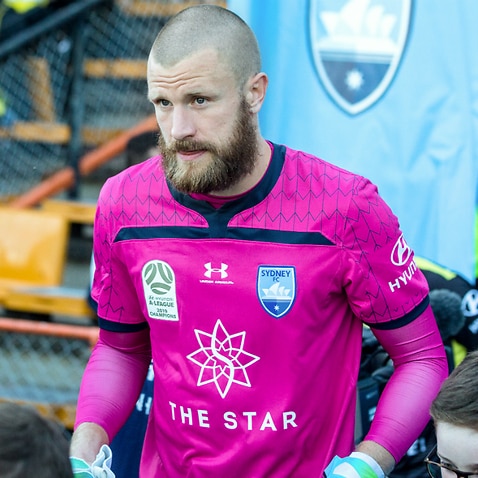 Al Hilal had four credible shouts for a spot kick and while one was rightly waved away, the other three would usually have been given.

Al Hilal complained vigorously and called for an investigation into a performance that they said “raised many questions about the AFC Championships and the integrity and fairness of its competitions.”

In short, they did what Nishimura failed to do and cried foul.

“It is surprising to appoint a referee for the second leg who was deported from refereeing in the last World Cup as a result of his mistakes during the tournament as well the end of his refereeing career at the end of this game,” the statement continued.

“What happened is a black spot in the history of Asian football, and looting of the right of an entire people who has been waiting for happiness and enjoyment of fair competition.”

While the referee had a bit of a stinker, the opposite was the case for goalkeeper Ante Covic who frustrated the Saudis almost as much with an outstanding display despite having to deal with laser beams being pointed in his eyes from the stands.

Do the same on social media and fans are quick to jump in and give their opinion about the Australian upstarts who, helped by the referee, cheated their way to the trophy.

Three years later, Al Hilal were once again unlucky to lose to Urawa Reds 2-1 over two legs. It wasn’t as controversial but was almost as painful.

Now there is a third final in the space of six tournaments. Al Hilal are once again favourites but will no longer be taking anything for granted. Western Sydney Wanderers have seen to that.