Mile Jedinak’s imminent $7.7 million move from Crystal Palace to Aston Villa will give the relegated club “a massive boost”, according to the club’s other Aussie expat, Jordan Lyden.

The midfielder, who made four senior appearances last season as Villa dropped into the Championship after a disastrous campaign, sees the signing of the Australia captain as a major coup for Villa and new coach Roberto di Matteo.

The Aussie duo – who had never crossed paths before – met briefly at the club's Bodymoor Heath training ground as Jedinak underwent his medical on Monday prior to Lyden skippering Villa's Under-21s in his first game of the season after an injury lay-off.

The only other possible hurdle are visa issues, though Villa don’t expect any hiccups on that front with new Chinese owner Tony Xia and di Matteo viewing Jedinak as a catalyst to drive the club’s promotion push. Jedinak plays 90 mins for Palace amid rumours of Villa move

“We had a chat and Mile seems like a terrific guy and to have a player of his calibre and quality is a massive boost for us, because the aim is to go straight back up and he can certainly help us do that," said Lyden.

“He’s a leader, as you saw during all those years at Crystal Palace when he captained the side, and he is so strong and dominant in midfield that I am sure he'll do a great job for us if it all goes through.

“If I am lucky enough to get to play alongside him, he’d be a fantastic player to learn off and observe because he’s got so much know-how and experience at the top level.”

Jedinak, who captained the Eagles to last season’s 2-1 FA Cup final loss against Manchester United, made 165 appearances during his five years at Selhurst Park.

He is no stranger to the Championship, having spent his first two seasons with the south London club in the second tier but when he was relieved of the captaincy before the start of the season in favour of Scott Dann it was a sign that coach Alan Pardew saw him as expendable in his future plans. 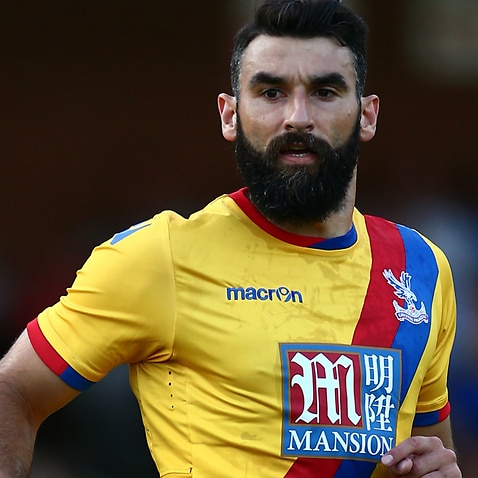 Palace's loss is Villa’s gain in Lyden’s view, with the 20 year-old saying: “Mile led Palace to promotion (in 2012-2013), so he’s been there and done it all before, and he knows what it takes to be successful in this division.

“There’s a lot of optimism around the squad after beating Rotherham (3-0) at the weekend, and we feel we can go on from here.”

Perth-born Lyden, one Villa's brightest young prospects, has already met with di Matteo, who has assured him he wants him in and around the first team squad again this year in what could be a breakthrough season for the youngster.