Aurelio Vidmar may have performed miracles as a coach in taking unfancied Adelaide United to the final of the 2008 AFC Champions League but the Australian now faces his biggest challenge yet: building the first Singaporean super club and a Southeast Asian powerhouse.

The former Socceroo is head coach of Lion City Sailors, a club making waves in Singapore and one with ambitions to become a regional and, one day, continental force.

The Sailors have just smashed Singapore’s transfer record by paying around $2.8 million for Diego Lopes from Portuguese club Rio Ave.

It has made football fans in the city state sit up and take notice, which is hardly a surprise given that the previous transfer record was a relatively measly $49,000.

That is not the only signing. Also incoming is Brazilian defender Jorge Fellipe who joins from Al-Tai in Saudi Arabia.

With the 2020 Singapore Premier League Player of the Year Gabriel Quak and top scorer Stipe Plazibat and a number of other talented stars on the books, Lion City are looking strong heading into the new campaign.

“We had very specific characteristics for the sort of players we wanted,” said Vidmar.

“We wanted top-quality players with excellent technical ability, and who were comfortable with playing a possession-based game. 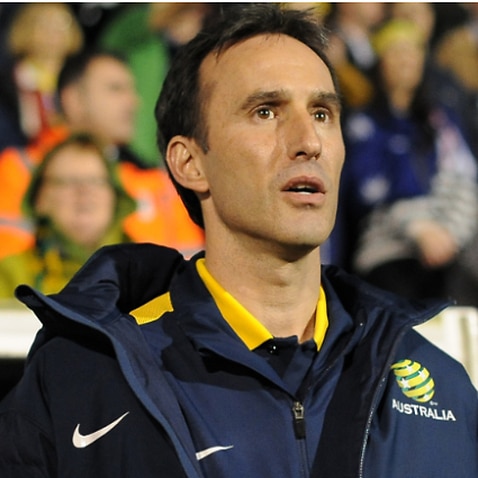 Forget Ange: Vidmar, Pengelly and Singapore could be the story of 2020

“Both Lopes and Fellipe fit the bill perfectly, and that is why the club has decided to invest in them. It is a clear sign of how serious the club is in getting to the top.”

It is indeed, but how did this happen? Vidmar spent some of his playing career at Home United and returned to one of Singapore’s best-known teams to become coach in December 2019.

Two months later, the club was taken over by Singaporean tech company Sea and its billionaire founder and CEO Forrest Li.

Li, now club chairman and nicknamed 'Singapore's Steve Jobs', has big plans to match the big investment and it is not only the name that has changed.

The whole structure has been overhauled and Lion City Sailors are now the first privatised club in Singapore.

As well as big money signings, over $1 million has been earmarked for the new youth academy which, last October, became the first in Singapore to receive a one-star rating from the Asian Football Confederation.

"Our vision is not just to make the Sailors one of the best football clubs in the region, but for the club to bring Singapore football as a whole to the next level."

Vidmar has been around long enough to know that big spending means big pressure. He took the team into third place last season but in 2021, top spot in the target. That is just the beginning however and the example to follow lies very close to home.

Just across the causeway that separates Singapore and Malaysia lies the city of Johor. It is so close that plenty of people live in Johor and commute daily to Singapore to work.

It was less than a decade ago when the team then known as Johor FA started to receive serious investment and changed their name to Johor Darul Ta’zim (JDT).

Now JDT have won the last seven Malaysian championships and are, by some distance, the leading team in the country on the pitch.

Off it (with another former Socceroos Alistair Edwards playing an influential role as Technical Director), the Southern Tigers are also streets ahead in terms of professionalism, youth development, facilities, marketing and pretty much anything you care to mention.

Johor are now one of Southeast Asia’s leading clubs and were performing well in the 2020 AFC Champions League before the Malaysian government barred the Southern Tigers from travelling to Qatar to finish last year's tournament.

Lion City Sailors are looking to follow JDT. This will be quite a challenge for Vidmar but with big expectations comes big rewards.

If he can succeed then he will not only help build a new force on the continent but will change football in Singapore and Southeast Asia for the better.