Sydney FC might be favourites heading into Sunday's W-League Grand Final, but it is Melbourne Victory who have dominated the PFA's team of the season.

Sydney FC won the W-League premiership after finishing the regular season on top, but only one player - Teresa Polias - was able to make the Professional Footballers Australia team of the season starting XI.

The line-up was decided based on votes from W-League players, and in a sign of how much she is respected within the league, 19-year-old Cooney-Cross received the most votes of any player.

“It’s overwhelming, to be honest, but I’m so happy to be recognised by the players I play with and against. I never set out to receive or expect praise for my performances – my focus is always to play a role for the team, but it’s humbling to receive recognition," Cooney-Cross said via the PFA's website.

“I’ve honestly just enjoyed my football so much this season and I’m thankful to (Melbourne Victory coach) Jeff (Hopkins) and my teammates. It’s an exciting few days and we can’t wait to play in the Grand Final on Sunday.”

Hopkins was voted coach of the season by the players.

Canberra United star Michelle Heyman also earned a place in the front three after setting a new record for most goals scored in W-League history this season.

Polias and Cooney-Cross were joined by Brisbane's Tameka Yallop - while Roar's Clare Polkinghorne and Jamilla Rankin completed the defence. 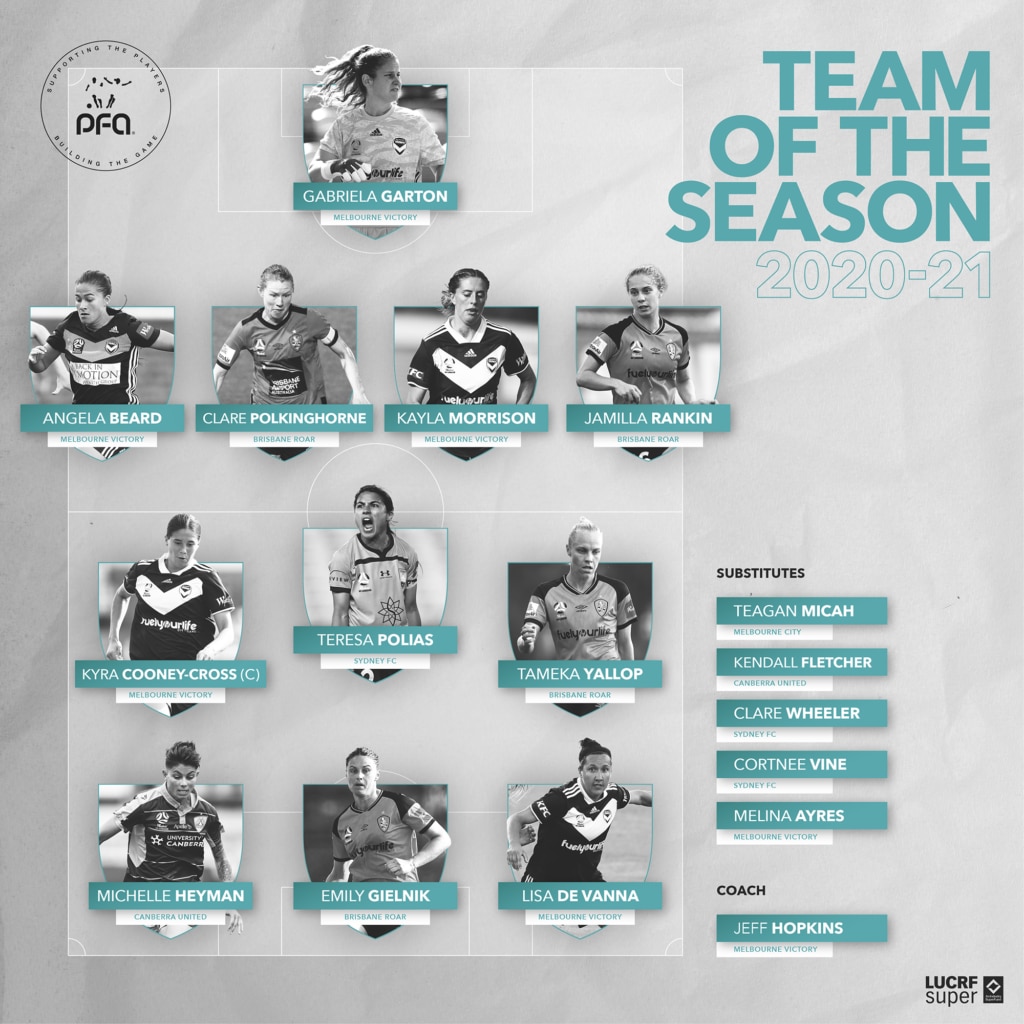