A Ben Folami brace and goals to Storm Roux, Dylan Ryan, and Jacob Butterfield guided Victory to the upset win at Marvel Stadium on Friday night just six days after a 7-0 thrashing by Melbourne City led to Brebner's departure.

Despite a late fightback, the result heaps further pressure on Wanderers boss Carl Robinson, whose star-laden side has played more games than any other team in the A-League but sits just three points clear of ninth-placed Wellington and without a win in their last six games.

Robbie Kruse set up Victory's opener in the 14th minute when he dinked a cross over a mass of defenders that eventually fell to Folami at the back post, allowing him to fire home his first A-League goal.

Somehow, not one of the eight Wanderers defenders back then followed the run of Roux as he headed home a Jake Brimmer corner to make it two in the 27th. 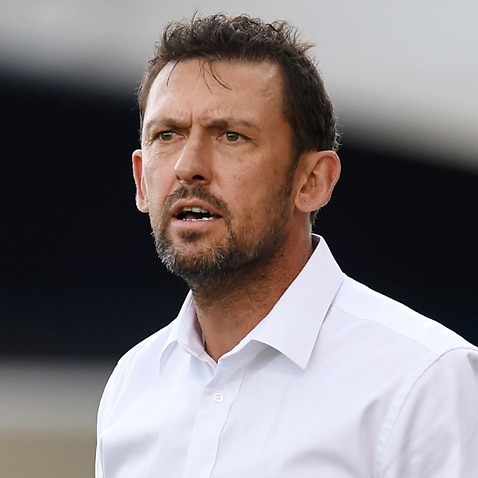 Wanderers' attacker James Troisi thundered home a Bruce Kamau cross in the 31st minute, but Folami subsequently took advantage of a Ziggy Gordon slip to volley home another corner with the last kick of the first half for a 3-1 lead.

Daniel Margush saved a Brimmer penalty attempt in the 62nd minute, only to then flounder as Ryan guided the midfielder's subsequent corner home at the back post and Butterfield delivered a long-range peach to make it 5-1 in the 73rd. Despite their disappointing performance, the Wanderers fought back as Graham Dorrans converted a penalty to reduce the deficit to three in the 76th remaining and Mitch Duke headed home in the 86th.

Nicolai Muller's long-range screamer in the 88th set the scene for a frantic finish, but Victory managed to hold on for the rare win.

Victory moved up one spot on the ladder, leaving the Newcastle Jets in last place.