Pep Guardiola said Scott Carson was "like a captain behind the scenes" for Man City last season and the goalkeeper has signed a new one-year deal after spending the past two seasons on loan with the Premier League champions from Derby County..

Former England goalkeeper Carson will once again provide cover for Ederson and Zack Steffen, with City boss Pep Guardiola praising him as being "like a captain behind the scenes".

Those efforts were rewarded when the 36-year-old made his first Premier League appearance since May 2011 when City beat Newcastle United 4-3 after securing the title.

The gap of 3,645 days between top-flight outings is the sixth-longest in the competition's history and the longest for a goalkeeper.

"It's a pleasure and a privilege to be part of the setup here at City," Carson said. 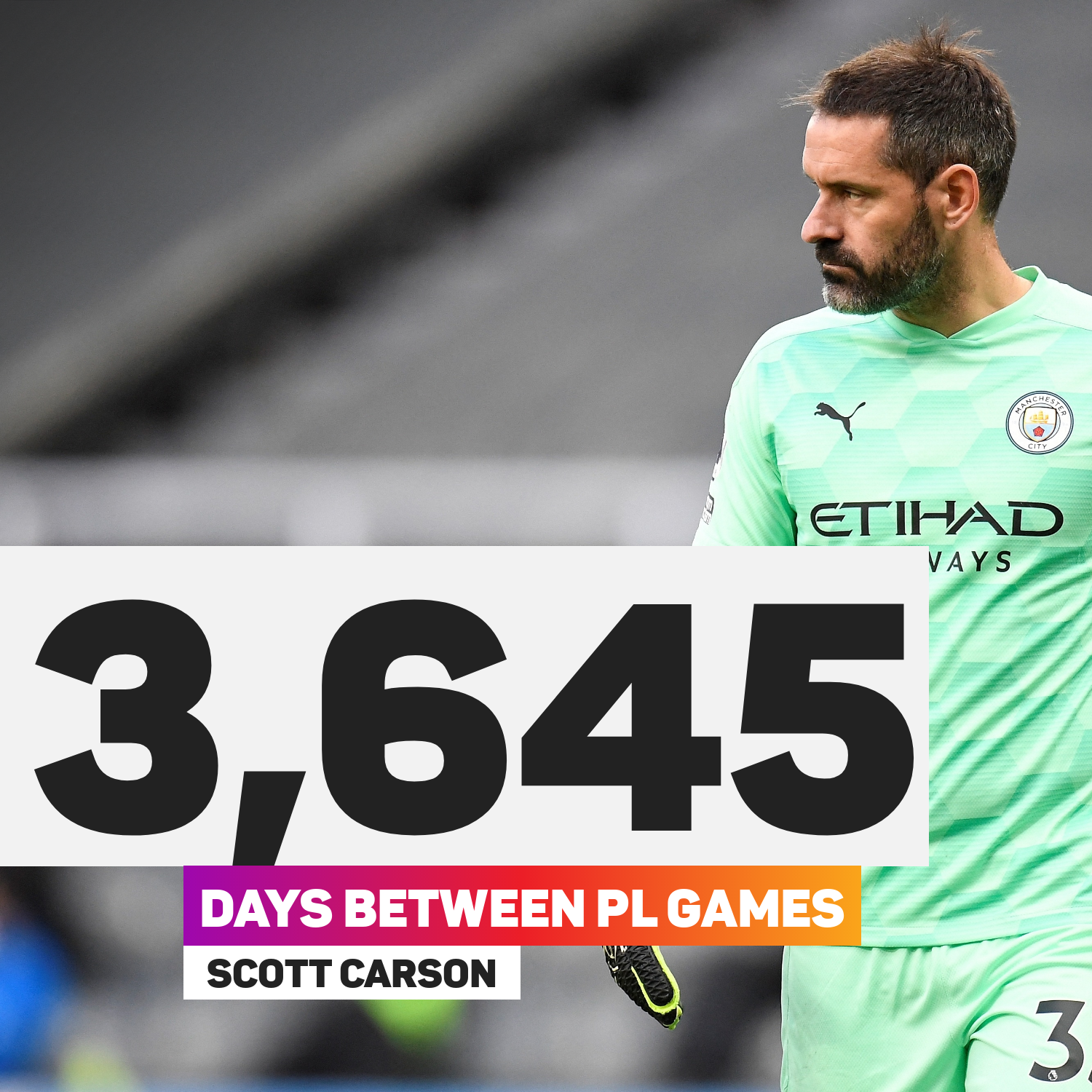 "To be around Pep and his backroom staff is fantastic and I feel I have learnt so much since I joined in 2019.

"I want to continue pushing the other goalkeepers we have here and I want to make sure my experience rubs off on them."

City's director of football Txiki Begiristain added: "Scott brings a wealth of knowledge to the squad. The lads love him, and I know his experience has been a huge help to Ederson and Zack Steffen."

Carson was one of a handful of senior City players, alongside Steffen, Fernandinho and Riyad Mahrez to return to training this week, with the majority of Guardiola's squad still recuperating following their exertions at the European Championship and Copa America.

City face Leicester City in the Community Shield at Wembley on August 7 before beginning their Premier League defence at Tottenham eight days later.