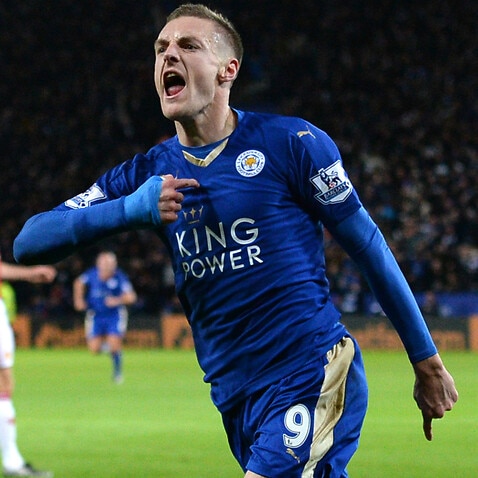 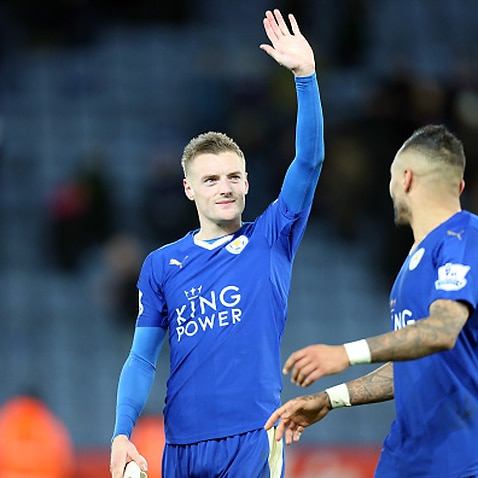 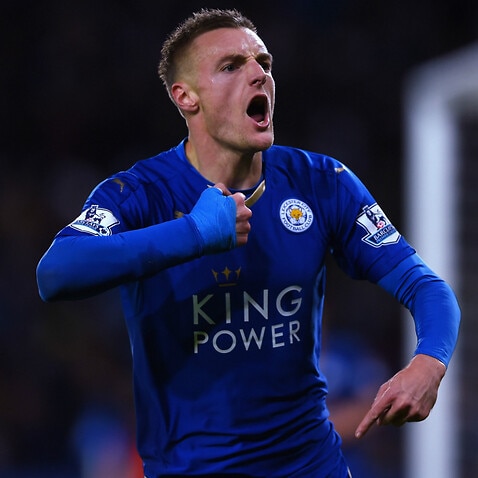 The Leicester City striker fired up the PlayStation on rather than watching the fellow Premier League title contenders in action.

Leicester ended the weekend five points clear at the top of the table after Riyad Mahrez's 15th league goal of the season sealed a 1-0 win at Watford on Saturday.

"I heard a lot of people saying the results on Wednesday night went in our favour, but I was playing Call Of Duty on the PlayStation," Vardy said.

"No-one gave us a chance at the start of the season.

"Everyone said we were relegation fodder and the pressure that we had was only until we knew we were safe. Now we're just enjoying it."

Claudio Ranieri recently told the media he rings an imaginary bell during training if he feels his players have lost concentration, but Vardy said the Italian's unusual methods do not stop there.

"He got us all a little present for Christmas and it was a bell, just a bell in a box," Vadry said.

"We all opened it and the next thing we knew everyone was walking around the changing room ringing bells.

"It must be something for Claudio to have a laugh and joke about but it relaxes all the lads.