Valencia moved to within four points of LaLiga leaders Barcelona with a 2-0 away win over Espanyol.

The second-placed side took the lead when Geoffrey Kondogbia curled in a left-footed shot from outside the area on 66 minutes.

And they doubled their advantage on 82 minutes when Santi Mina made the most of an error by home fullback Victor Sanchez to volley home his goal.

Valencia are six points clear of Madrid duo Real and Atletico, who played out a goalless derby draw the previous day.

Los Che have not lost yet this season with nine wins and three draws.

Valencia coach Marcelino was sent to the stands before his side's first goal for protesting an Espanyol attack that continued despite Valencia defender Jeison Murillo being down in the area, and will not be able to sit in the dug-out for next week's visit of Barca.

Assistant coach Ruben Uria, who will lead the team for the top-of-table clash, said Valencia are taking it one game at a time.

"We will try to win any way we can and close the distance with Barca," Uria said.

"At this stage of the season, it is hard to say we're going to fight for the title." 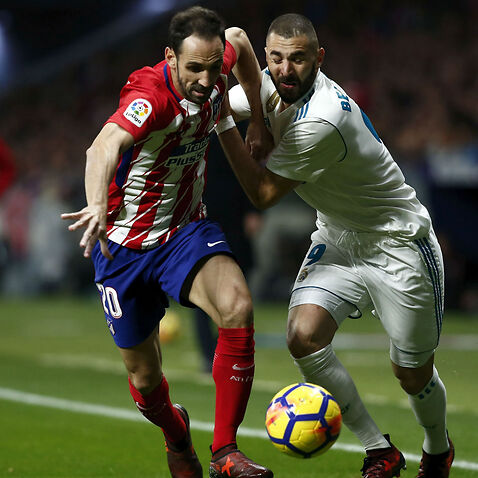 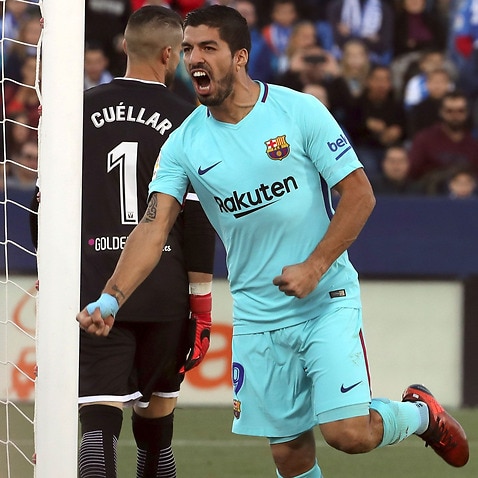 Murillo will have tests on Monday with Valencia fearing he has torn a muscle in his groin.

"They were better than us in the first half but we got back into it in the second half," Santi Mina said.

"We have shown that we can win playing well and playing not so well."

Trailing 2-1, Chory Castro levelled for Malaga in the 64th before Borja 'Baston' Gonzalez completed the comeback with five minutes left.

Las Palmas fans waved white handkerchiefs and jeered their team after they dropped to last place with a 2-0 defeat to Levante.

It was the Canary Islands club's eighth loss in a row in the league.

In the day's other game, Athletic Bilbao drew 1-1 at home with Villarreal.

Manu Trigueros had Athletic goalkeeper Kepa Arrizabalaga save his penalty on 21 minutes but he scored to put the visitors ahead on 27 minutes.

Aritz Aduriz salvaged a point for Athletic with a goal 13 minutes from time.