Uruguay closed off their disappointing Copa America Centenario campaign with a 3-0 win over Jamaica in the last game of Group C.

Abel Hernandez opened the scoring early in the first-half on Tuesday (AEST), before a Je-Vaughn Watson own goal put Uruguay 2-0 up midway through the second.

Second-half substitute Mathias Corujo wrapped up the result in the dying stages at Levi's Stadium in Santa Clara, California with his first international goal.

The win also ended a five-game winless streak for Uruguay in the Copa America, stretching back to their 1-0 victory over Jamaica in last year's edition of the tournament in Chile.

Jamaica, meanwhile, have lost all six of their Copa America matches, without scoring a single goal. 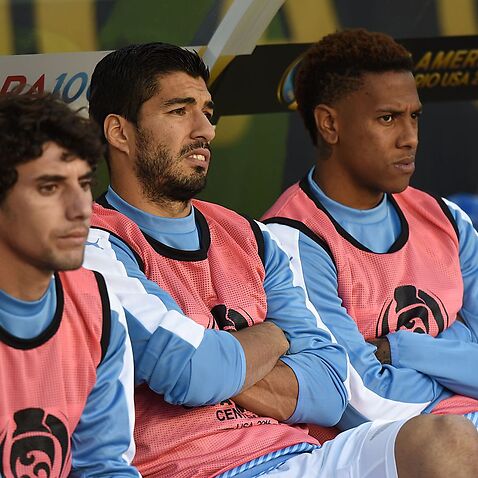 Uruguay on the brink of Copa exit after Venezuela defeat 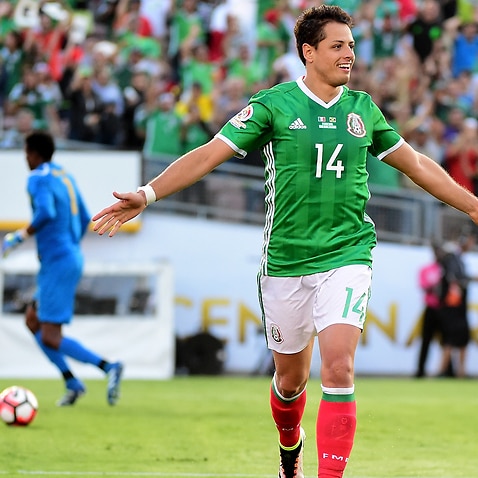 Despite exiting the group stage of the Copa for the first time since 1997, Uruguay coach Oscar Tabarez elected to name a strong line-up in their dead rubber, including the likes of Edinson Cavani, Diego Godin and Fernando Muslera.

Nicolas Lodeiro and Hernandez came in for Gaston Ramirez and Cristhian Stuani, while Jamaica were unchanged from their 2-0 loss to Mexico on Friday (AEST).

Hernandez started brightly for Uruguay and had an early effort saved by Jamaica goalkeeper Andre Blake, before a Cavani header from a short corner hit the side netting.

Cavani was given a golden opportunity after Blake cleared the ball right to him in the 18th minute, but the shot-stopper atoned for his mistake with a great block at his near post.

But the Philadelphia Union goalkeeper could not stop Hernandez from opening the scoring in the 21st minute.

The Hull City forward, who helped the club secure promotion to the English Premier League, was played in by Lodeiro, and the 25 year-old made no mistake with his finish.

Jamaica's first threatening effort on goal came in the 28th minute when Garath McCleary had a shot from just outside the area, but Muslera did not have to move in the Uruguay goal.

Hernandez almost doubled his tally in the 36th minute after making some space to shoot, but this time Blake produced a great save to deny the Uruguay number eight.

McCleary came close once again to ending Jamaica's scoreless run in the Copa, before Cavani had a header come off the post.

But it did not take long for Uruguay to double their lead, with a dangerous cross from Lodeiro touched by Hernandez, but it was bundled into net by Watson's hand.

Cavani continued to look threatening but could not convert, before Corujo sealed the result with a well-taken finish in the 88th minute.