A formidable presence for Australia at the FIFA Confederations Cup before suffering a hamstring injury as the Socceroos bowed out after a stirring 1-1 draw with Chile, Sainsbury left Russia with his reputation much enhanced.

Sources in Japan have revealed that the 25-year-old defender is seen by Urawa's Serbian coach Mihailo Petrovic as a prime target for the 2016 J1 League runners up, who sit eighth on the ladder after 18 rounds.

The 2007 AFC Champions League winners, who regularly attract crowds approaching 40,000 to Saitama Stadium, last won a J.League title in 2006, and have been five-time runners up.

Urawa was also once home to Sainsbury's Socceroos teammate Matthew Spiranovic, who made 38 appearances between 2010-2012. 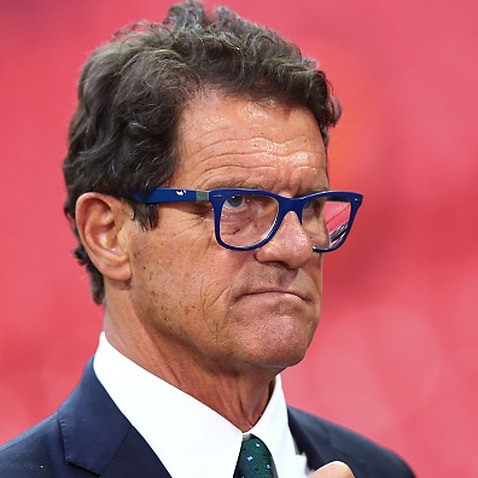 While publicly committed to Jiangsu, where his contract has 18 months to run, Sainsbury is looking to play regular football again after his loan spell from Jiangsu to Inter Milan yielded just a 20-minute cameo off the bench in the final Serie A game of the season.

Though Jiangsu have a new coach in Fabio Capello, the new CSL rules limiting three starting spots to foreign signings for each match appears to hinder Sainsbury's prospects of breaking back into a team he made 29 league appearances for in his debut season.

Sainsbury's agent Tony Rallis, who expects him to be fit again within three weeks, reiterated that he remains under contract at Jiangsu, and it's they who will determine whether he stays or goes.

"There's nothing you can do about it. Before he left China (for Italy) he'd play every game," said Rallis.

"There's this fascination about why he's in China but the simple facts are it's down to the financial resources of the Chinese. "And in his position he's been playing against some of the very best in the world (when in China).

"He was wanted back in China by his club as soon as the Serie A finished but had to go to the Confederations Cup."

Last year's runners-up, Jiangsu are second bottom of the CSL, having amassed just 10 points from 16 games.