The World Game looks at five Asian football stars you may not of heard of which A-League clubs should consider signing ahead of next season.

There have been a lot of players leaving the A-League for Europe and Asia in recent days and weeks.

Asia may not be the answer when it comes to filling some of those gaps that have been left behind but it is an answer.

Usually, when Asia comes up in Australia, Japan and South Korea are the focus on conversation but there are players from lower-ranked nations that are worthy of consideration.

While the financial issues in the A-League mean that other countries can see greater than usual value in the transfer market, there are leagues where there is even more. Lebanon for one.

The collapse of the currency means that more players are looking to go overseas to countries such as Kuwait and Malaysia. They are cheaper than ever and Australia would be a dream for some. 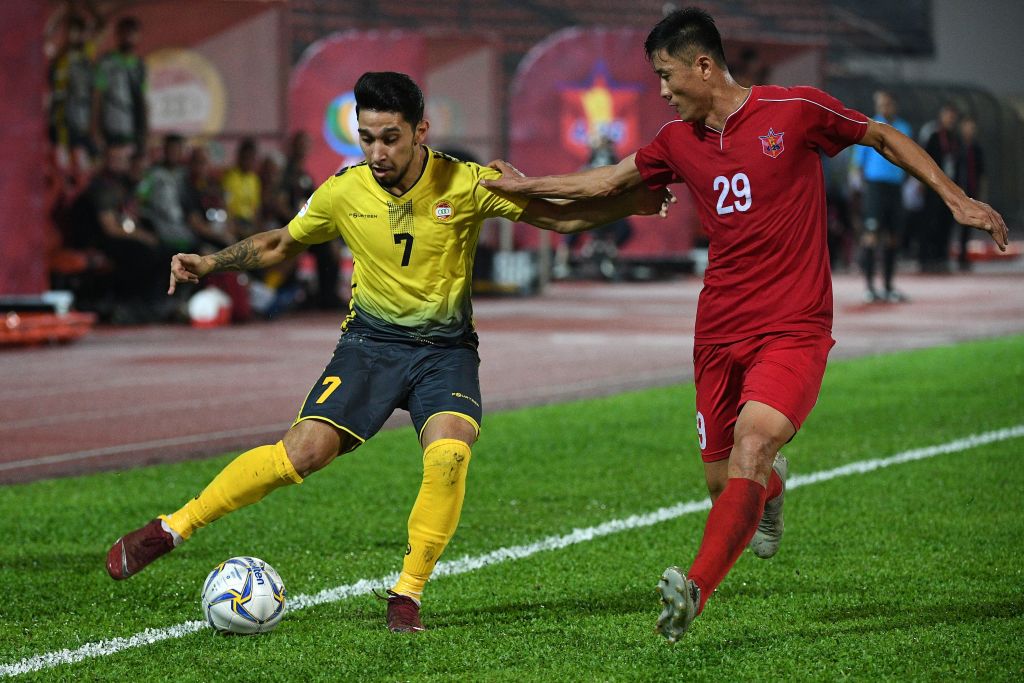 One who, at least if the fearless and energetic way he plays is anything to go by, could do a great job is Hussein Monzer. The 23-year-old was a major force in the middle last year as he helped Beirut club Al-Ahed with the AFC Cup, Asia’s second-tier club competition and a feather in Lebanon’s cap.

What be brings: Energy, intelligence,  hard-work and a trophy-winning habit.

Best fit: Melbourne City have seen Josh Brilliante leave for Greece, and Monzer has the same energy and ability to cover ground.

CV11 as he is known, is one of those players who seems to be a hot prospect for a while and then suddenly you realise he is approaching his peak at the age of 26 and has not quite achieved what he could have.

A talented attacker who loves to make things happen with his dribbling, vision and excellent technique, he is a pleasure to watch even if he has not quite hit the heights suggested when he shone at the 2016 AFF Suzuki Cup. The question is not about his talent, he scores and makes goals,  but whether he has the desire to go so far overseas. A Cambodian heading to Australia would be huge news back home and could set a path for others to follow.

What he brings: Excitement, goals and, hopefully, fans.

Best fit: If CV11 can bring his A-game to the A-League, then Sydney fans may not miss Adam Le Fondre as much as they think.

One of the most talented midfielders in Vietnam Asia has already had a try overseas but didn’t get much game time in South Korea. That was more down to the lack of imagination among local coaches than any failing on the 25-year-old’s part.

A silky presence in the middle who reads the game and can control the tempo, the time in East Asia will not only have helped Xuan Truong grow on and off the pitch, it should make a determined player that bit more determined to show what he can do. What he brings: Intelligence, technique and vision to the middle of the park.

Best fit: Newcastle Jets have lost one playmaker to Asia in the shape of Dmitri Petratos so looking to Asia for a replacement makes perfect sense.

The 25-year-old has made a name for himself as a composed centre-back in Indonesia, impressing with his ability to use the ball and his desire to keep improving.

A spell in Bahrain and Thailand played a part in his development and showed his willingness to test himself overseas. A move to Australia would be a different challenge but one that he would welcome. What he brings: Can read the game and use the ball well, can play in defensive midfield if necessary.

If you go to Myanmar you will see a lot of talented players and hear that if you sign one player to take overseas, you will need to sign at least one more to keep him company.

The forward, who likes to pull the strings from behind the striker or find the target for himself, is at the stage of his career where he needs a new challenge. What he brings: Invention, creativity and that ability to unlock the tightest of defences. Interest back home in a nation of over 50 million would be considerable.