The South African Football Association says FIFA's decision to order a World Cup qualifier against Senegal to be replayed because of match-fixing by a crooked referee is unprecedented and unfair.

SAFA is considering appealing FIFA's order that the 2-1 win over Senegal in November last year be annulled and the game replayed because Ghanaian referee Joseph Lamptey was found guilty of manipulating the match.

Lamptey was banned for life. Although there are no complaints over his punishment, FIFA has effectively also penalised South Africa - potentially ending their hopes of making it to the World Cup next year - despite confirming that neither team had any role in or knowledge of the fixing.

The case, not seen before in top-level football, centres on Lamptey's decision to give South Africa a penalty for a non-existent handball against Senegal defender Kalidou Koulibaly.

The ball had clearly struck Koulibaly on the knee and dropped to the ground. South Africa, who didn't even appeal for a penalty, scored from the spot kick and went on to win. 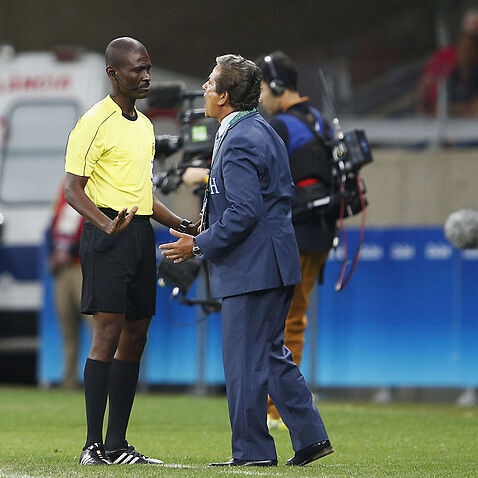 Qualifier to be replayed after ref banned

It's thought that Lamptey was acting on the orders of match-fixers organising illegal betting scams.

FIFA has not provided full details of the case against the referee but says that its findings against Lamptey took into account "reports of irregular betting activities from various international betting monitoring companies."

The upshot is South Africa has been stripped of their only win so far in the final round of qualifying in Africa.

SAFA senior legal counsel Norman Arendse says FIFA's move is unfair for a number of reasons and constitutes a "miscarriage of justice."

"For one, if you review the game, we did outplay Senegal on the day," he said. "By anyone's account we did deserve to win the game."