Steven Ugarkovic’s looming move from Newcastle Jets to Western Sydney could be completed before the end of this month, with two Wanderers players slated to head the other way as part of a possible swap deal.

The influential midfielder was due to reunite with ex-Jets coach Carl Robinson at Wanderland next season.

However, the plan now is to bring in the 26-year-old when the A-League transfer window opens on April 22 to bolster fifth-placed Wanderers’ play-off prospects, with defender Tass Mourdoukoutas and midfielder Jordan O'Doherty thought to have been offered to the Jets in exchange.

Discussions are at a critical stage, with Newcastle possibly looking at other Wanderers' targets to sweeten the proposed deal. Ugarkovic’s representative, Jason Coorey, confirmed talks between the Jets and Western Sydney were ongoing, with a view to Ugarkovic exiting the club prior to the expiration of his contract.

“Talks are certainly progressing between the two clubs over Steven leaving when the window opens,” Coorey told The World Game.

“I believe there may be two players coming back the other way (to the Hunter) but I’m not sure of their identities.

“That’s all between the two clubs.”

Should an agreement be forged, Ugarkovic would arrive at Bankwest Stadium with seven regular season games remaining.

He missed Monday night’s 1-0 home loss against Western United - 11th-placed Newcastle’s sixth defeat in a row - with a niggling back injury.

Ugarkovic’s absence broke a run of 110 consecutive games for the Jets.

“Steven is looking to get fit again very soon, and his main objective is still to focus on this season with the Newcastle Jets,” added Coorey. 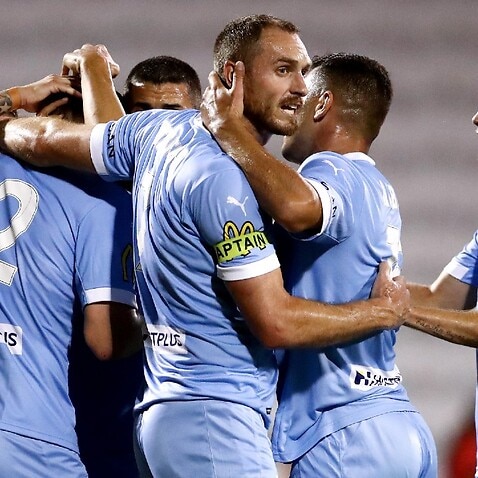 City too good for Phoenix in chaotic clash

“Whatever happens he’ll be giving 100 per cent for the club. However, If he does leave early then so be it.”

Ugarkovic signalled his desire to quit the Jets back in October when he said: “I feel it’s time for a change.

“I’ve given everything for the Jets in my time here but at this stage of my career, I don’t want to be part of another rebuild.”

Both Newcastle and Western Sydney were approached for comment.