Chelsea take on Leicester City in the FA Cup final on Saturday but the clubs' Premier League meeting next week has taken on huge importance.

Thomas Tuchel believes Chelsea face "two finals" against Leicester City over the course of four days that could do much to define their revival under his leadership.

The Blues have been a team reborn since Tuchel succeeded Frank Lampard as head coach in January and Saturday's FA Cup final at Wembley is their first of two shots they have at silverware – the other coming in the Champions League final against Manchester City in Porto at the end of this month.

Chelsea and Leicester will reconvene on Tuesday with qualification for next season's Champions League still on the line, especially after contrasting fortunes in their most recent fixtures.

Leicester won 2-1 at Manchester United to move ahead of Chelsea in fourth, who went down to a lacklustre 1-0 derby loss at home to Arsenal.

Liverpool, who also beat United in their match at Old Trafford on Thursday, could be one point behind Chelsea by the time Tuchel's men are back in league action and he lamented his team's failure to be "decisive" in the Arsenal game.

"Obviously I cannot judge it," he said when asked which game was more important. "These are two finals and we do not think about anything else but the two finals.

"It's a final for the cup, it's a final for the top four. We missed a chance against Arsenal to be decisive and now we have to cope with it – first of all to show a reaction at Wembley and have the upper hand when it comes to Tuesday."

Tuchel took his share of the blame immediately after Emile Smith Rowe was gifted the only goal by a dire Jorginho backpass at Stamford Bridge on Wednesday, and he conceded his irritation at the result had not quite subsided.

"'I still have a hangover from the last defeat, it's always like this. I'm a bit more in angry mode, not at myself or the players but because of the result and the opportunity we missed," he explained.

"I will hopefully transform that to a good preparation and push the team to the edge to play sharp. We have to show a reaction, it's the FA Cup final at Wembley.

"I am fully focused to prepare my team better than two days ago." 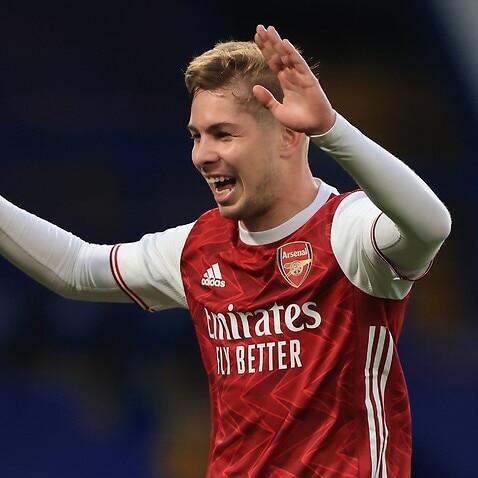 On Thursday, the Champions League final was relocated from Istanbul to Porto due to Turkey being on the UK government's "red list" for travel in relation to COVID-19 restrictions.

Tuchel insists his squad should not be paying any attention to an eagerly anticipated fixture still two weeks away.

"But right now the bigger challenge is to forget the Champions League final and to be fully focused on our two finals that are ahead of us.

"We cannot lose one percentage of concentration and focus. We did this the last game against Arsenal and we got punished for it. Lesson learned and well accepted."

Kepa Arrizabalaga will keep his place at Wembley as Chelsea's cup goalkeeper and Tuchel confirmed Mateo Kovacic was fit to feature again after a month on the sidelines with a hamstring injury.

"It's huge because Mateo has everything we need in the midfield," he added. 'Experience, power, he can beat players, he has physical ability and has played big games in the Premier League.

"When we missed N'Golo [Kante] and Mateo, we lacked a lot of quality, energy and experience.

"Billy [Gilmour] did a huge job in huge games but it's not fair to compare him to these players because they have more experience and are a step ahead in their development.

"It's big news that [Kovacic] is back because he's a big guy in the dressing room around important matches."