England failed to make absolutely certain of a spot in the knockout phase of Euro 2020 as they were held to a 0-0 draw by bitter rivals Scotland at Wembley on Saturday (AEST).

The Three Lions went into the contest as favourites, particularly given the two teams' contrasting fortunes on matchday one, but Scotland produced a spirited performance to secure a point from what was the first goalless match between the old rivals in 33 meetings at Wembley.

Scotland had more clear chances than England in a gruelling – albeit unspectacular – first half, though the best opportunity came the way of John Stones, who nodded onto the upright.

Otherwise, though, England were largely unimpressive going forward, with Harry Kane particularly disappointing as Gareth Southgate's men were unable to find a winner, the draw meaning both teams have work to do on matchday three. 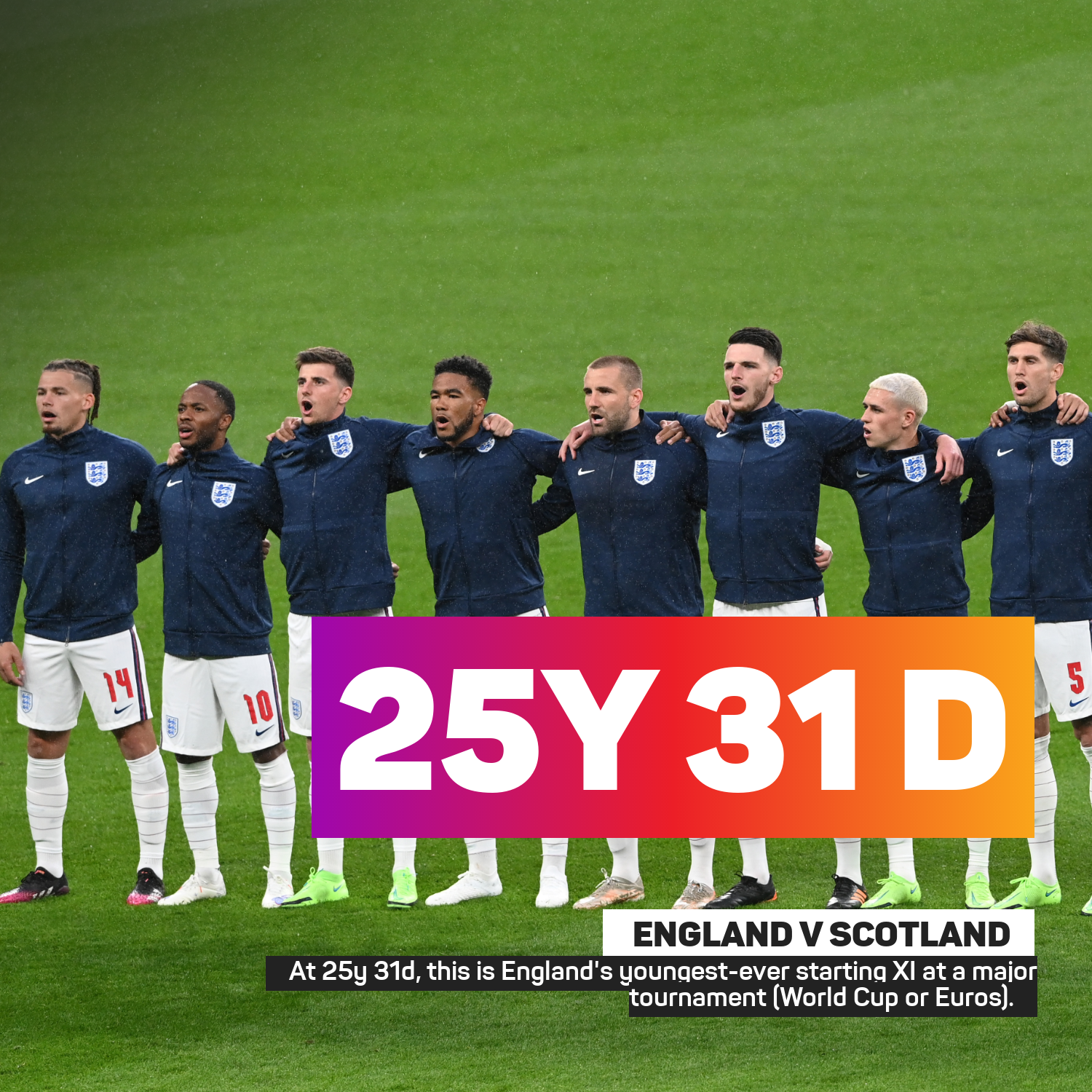 Stones was in the thick of frantic early action as he first crucially blocked a potentially goal-bound Che Adams shot before then having a header cannon back off the post at the other end.

England's only other clear chances of the first half were ultimately irrelevant as Kane and Phil Foden strayed offside while narrowly missing the target, making it the first competitive match since November 2014 in which the Three Lions failed to get a first-half shot on target.

Scotland did create one other great opportunity, though, with Stephen O'Donnell latching on to Andrew Robertson's cross and seeing Jordan Pickford parry his volley.

Mason Mount tried to take matters into his own hands soon after the restart, his fierce 20-yard effort turned away from the bottom-left corner by David Marshall.

Reece James then headed clear a dangerous-looking Lyndon Dykes effort shortly after, though replays did suggest his effort was going to at most hit the post rather than find the net.

England desperately piled men forward towards the end, but there was little direction to their attacks and Scotland held them at bay.

What does it mean? Work to do for England, Scotland retain hope

England's professional – if drab – 1-0 win over Croatia brought an undue amount of praise, with the Three Lions by no means outstanding in attack despite their star-studded options.

It was hoped the atmosphere and occasion of a rivalry clash might invigorate them a little, but they were arguably even flatter – luckily for Southgate, four points will almost certainly be enough to at least secure one of the third-place qualification spots.

Nevertheless, if they want to make absolutely sure of their route through as group winners, they will need to beat a Czech Republic side who are ahead of them on goal difference. As for Steve Clarke's Scotland, a win over Croatia will give them a strong possibility of progression with four points.

Hanley holds his own

As disappointing as England were going forward, Grant Hanley was imperious at the back for Scotland. The Norwich City centre-back boasted better duel (eight from nine) and aerial (100 per cent from five) success rates than any other outfield player (of those to contest more than one) on the pitch, while his three tackles were only matched by John McGinn among his team.

The Tottenham striker was ineffective against Croatia – he was even more underwhelming here. While you would not necessarily expect Kane to have more of the ball than many of his team-mates, his 19 touches was the fewest of all the 22 starting players, including the two goalkeepers, and his worst ever return in an England game he has played more than 45 minutes. He did not look sharp and was lucky to stay until the 74th minute, as he failed to get a single shot on target.

- In their 115th meeting in all competitions, England and Scotland shared a goalless draw for only the fourth time, also doing so in 1872, 1970 and 1987.
- This was England's 17th goalless draw at a major tournament (Euros + World Cup), two more than any other team in the history of those competitions.
- England have kept 14 clean sheets in their last 18 matches in all competitions (W14 D2 L2) since losing 2-1 to the Czech Republic in a European Championships qualifier in October 2019.
- Scotland have failed to score in eight of their last 12 matches at major tournaments (W2 D3 L7), and are one of only two teams to have played twice at EURO 2020 and failed to score, along with Turkey.
- Since the new Wembley opened in 2007, this was only England's second ever goalless draw there in a competitive fixture (also October 2010 against Montenegro in a Euros qualifier under Fabio Capello).
- Jack Grealish came off the bench and won four fouls, the most by a substitute at Euro 2020 and the most by a sub in a Euros match since Eder won five for Portugal in the 2016 final against France.

England face Czech Republic at Wembley on Tuesday, with Scotland tussling with Croatia at Hampden Park at the same time as Group D concludes.