Widely recognised as English football’s doyen of youth development during 40 years as the Hammers’ academy king, Tony Carr, 69, was responsible for bringing the young striker to Upton Park from Perth when he was just 14 years old.

Tombides was diagnosed with testicular cancer in 2011, but heroically continued to train and play throughout his illness before tragically passing away six years ago, aged just 20.

Amidst the heartbreak of his death, many questions went unanswered.

Principally, just how far might Tombides have gone at a club that was once home to fellow Australians Lucas Neill, Stan Lazaridis, Robbie Slater, Chris Coyne and Richard Garcia?

Did he have the attributes to conjure a meaningful career in the Premier League? 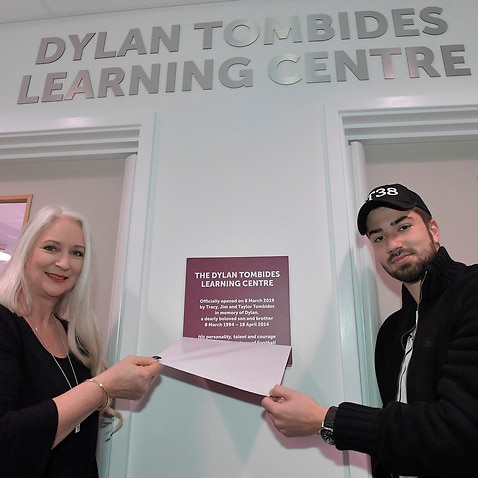 Carr, who rated Tombides among the top five talents he’d worked with in recent years, has no doubts.

“I’m not saying this out of sentiment but I’m as positive as can be he’d have had a really successful career in the Premier League,” Carr told The World Game.

“He’d give everything each time he played - no matter what the circumstances. He was quick, aggressive and knew where the goal was.

“He had all the right ingredients and I have no doubt at all had he beaten the illness he’d have gone on and done really well for West Ham as a Premier League footballer.

“Sam Allardyce (who handed Tombides a debut in a League Cup tie in 2012) was ready to give Dylan an opportunity. He was Sam’s type of player.”

Carr remembers Tombides as a dedicated and confident kid, who was as quick-witted off the field as he was fast and dynamic on it.

And he was in awe of the resilience shown by Tombides as he fought through bouts of chemotherapy, brief remissions and then new setbacks to chase his dreams.

“It’s a testament to Dylan’s personality and strength that he was always confident he’d beat his illness,” he added.

“He was also confident he had the talent to be a top player but tragically that wasn’t to be.

“He had great desire, he loved the game and was a prolific trainer. Every day he was always at his maximum.

“As well as being incredibly mentally tough he was full of fun. There was always a smile on his face.” 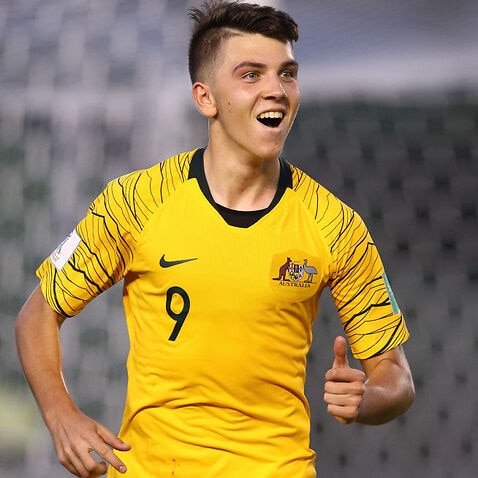 “Sam saw all those positive aspects that Dylan possessed and who knows what would have happened had he been able to carry on,” said Carr.

“It’s all conjecture - but for me he was on the right road and had all the fundamentals in place.”

Now a consultant and part-time coach with the Premier League after departing West Ham in 2015, Carr - who also worked with Joe Cole, Jermain Defoe and Glen Johnson - added: “I was the one that brought Dylan in, trialled him and gave him his contract.

“He’d been recommended to us by a contact in Perth. He was over with his dad Jim, and it wasn’t long after taking a look at him that we thought ‘yes, he’s good enough ... we think we can develop this young player.’”

Carr is also convinced Tombides, who represented Australia at U-17 and U-23 level, would have been an adornment for the Socceroos.

“It’s a big loss to the Australian team because players like him don’t come along every day,” he reflected.

“We’ve obviously had the likes of Stan Lazaridis, Lucas Neill and Robbie Slater over the years at West Ham, and they were all big players for Australia. Dylan was following in their footsteps.”

“I’ve met and spoken to Tony Carr before and his knowledge of players is immense,” Jedinak said.

“He’s a better judge than most and he saw something in Dylan that was going to go to that next level. I think we all have to agree with that.

“The sad thing is we’ll never know exactly what his career would have looked like.”

Jedinak is a patron of the Dylan Tombides DT38 Foundation - in honour of his shirt number - a charity  launched by mother Tracy to raise funds and awareness of the threat of testicular cancer and to promote its early diagnosis through education programs.

He added: “From what we know there would have been opportunities there for him, and I like to think he’d have taken them.