There are less Matildas than ever in the W-League season but decorated Melbourne Victory recruit Lisa De Vanna said there's an opportunity for a new generation of footballers to make their mark.

Many senior Matildas are based in Europe and there will be less international players, especially Americans, than in previous years.

De Vanna expected the season to "make or break" young Australians keen to push for the Matildas leading up to the 2023 FIFA Women's World Cup.

"It will be different of course. Take away the internationals which will make it a bit more challenging but I think it's great," De Vanna told AAP.

"It's something that we needed - it just gives now the coaches an opportunity to watch in the best league in Australia, who are the best young players coming out?

"Who can we cherry-pick and make them a Matilda, to build up for the biggest event in (less than) three years' time?"

"I think the Matildas team's a little stale. There's no competition and I think competition brings the best out of everyone," she said.

"When no one's safe, you work harder and you're always walking on eggshells and I think that's important to have depth because you start to challenge yourself a little bit." 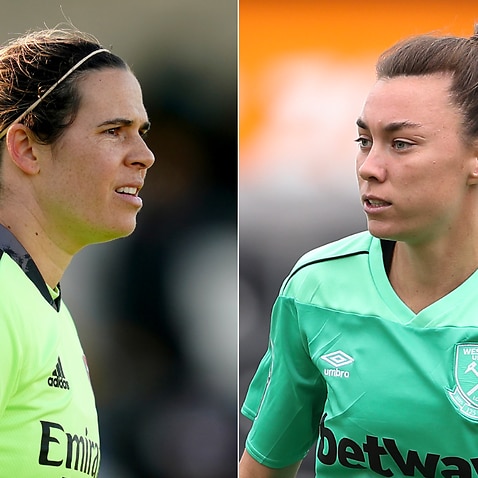 The season shapes as an unpredictable but competitive one.

Defending champions Melbourne City have been hit hard by departures, but grand finalists Sydney FC have maintained the majority of their squad and look set to be contenders once again.

Brisbane Roar have benefited from the return of Matildas Clare Polkinghorne, Emily Gielnik and Katrina Gorry from stints in Europe, while Tameka Yallop has also signed on.

Meanwhile, Victory are out to break a championship drought that stretches back to when De Vanna played a crucial role in their 2013-14 triumph.

"Of course I'll bring something - whatever it is," De Vanna said.

"It's a goal for us to win the championship and the minor premiership of course.

"But the hard hit-out now is our first game, getting the ball rolling, so let's see (where we go) from that."

The W-League season kicks off on Sunday and has already been hit by NSW's coronavirus cluster, with at least the first round reshuffled.

Western Sydney Wanderers were due to play Victory on the opening day but will instead host Sydney, while the Roar will play City on Tuesday.

Canberra will host Adelaide United in the early game next Wednesday while Victory will travel to Western Australia to face Perth Glory later that day.