Fernando Santos could not question Portugal's effort as he revealed some players were in tears after losing to Belgium at Euro 2020.

Portugal were reigning European champions having stunned France in Euro 2016 and an exciting squad hinted at another challenge over the coming weeks.

But a draw with France in their final Group F match saw Santos' side condemned to a last-16 clash with the world's top-ranked team.

Thorgan Hazard was the matchwinner for Belgium, his spectacular strike enough for a 1-0 success – their first against Portugal since 1989.

"We are disappointed and sad," Santos told TVI24. "I've got some players crying in the dressing room. They gave everything. 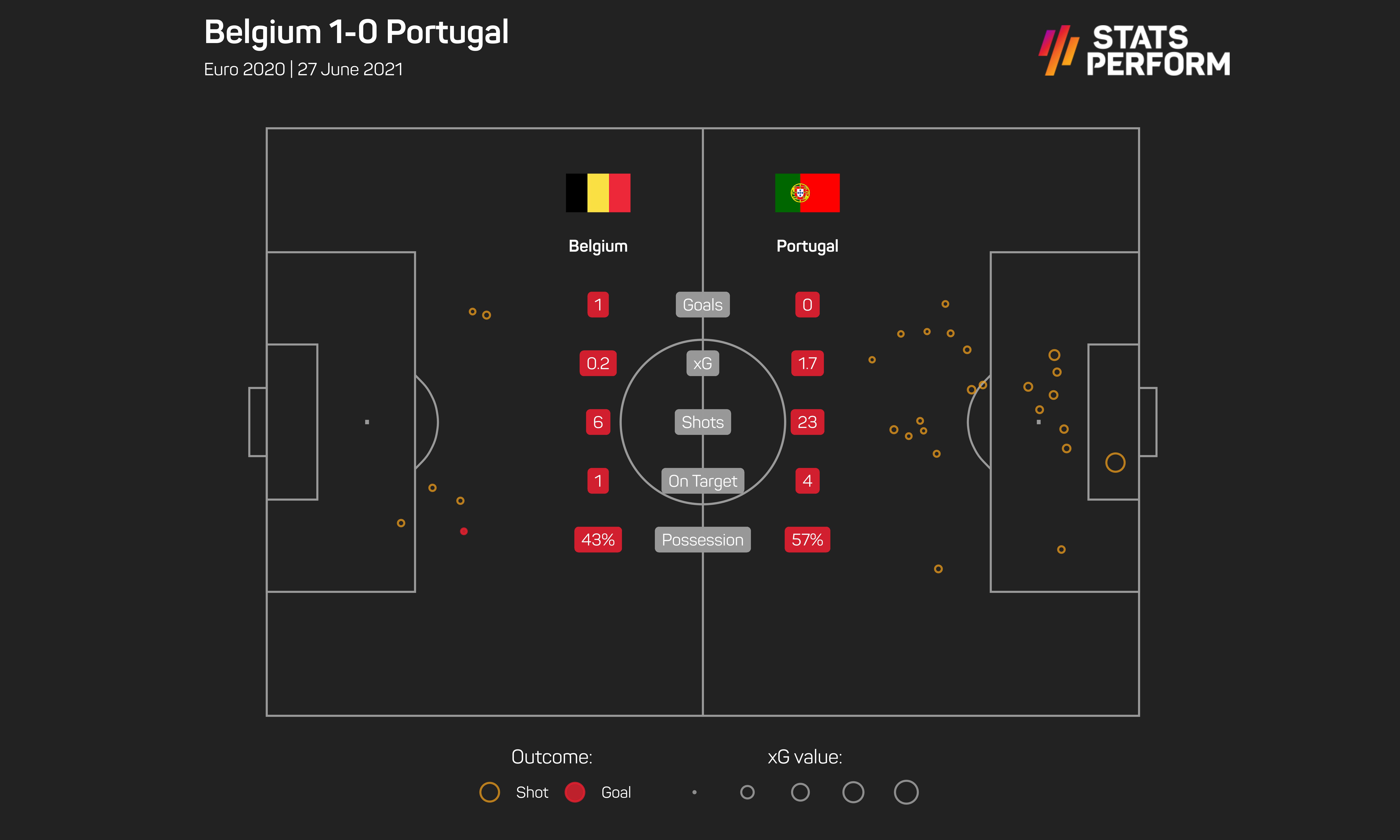 "A defeat is a defeat. I honestly don't have many words to say right now. We all wanted it and we believed in it.

"We had confidence and we were convinced that we could reach the final and win. There is no justice or injustice, we conceded a goal and we could not score."

The coach added: "The players did everything. They gave them what they had and there's nothing to point to them.

"They were tired but found energy to overcome the gap in rest between the teams. But that's no good now, it's just talk."

Joao Palhinha made his first senior international start in the middle of midfield, completing 94.6 per cent of his passes and making a game-high six tackles.

"We have to raise our heads, see what we can improve," he told RTP. "Obviously this does not represent the value of this team.

"We really missed the lucky moment, that was the definition of this game. It is with great misfortune that we leave here with this result."