For the first time, this season's A-League won't feature a marauding Kevin Muscat on the pitch or touch-line for Melbourne Victory.

Last Wednesday, the Victory played a match for the first time in their 15-year history without counting Muscat as a member of staff.

The former Socceroos captain, and Victory's foundation captain, went straight to the backroom team after retirement.

Succeeding his friend and confidant Ange Postecoglou as senior coach, Muscat presided over Victory for almost six years - the longest and most successful spell at the club.

That is, until May, when he called time on his Victory tenure after more than 400 appearances as player or coach.

So where was he for Victory's first match without him, an FFA Cup tie with Newcastle Jets?

"It was my birthday," Muscat said.

"So I went out with a few people. I must admit I didn't watch it."

And what is he doing next?

"I'm taking a lot of coffees," he said, with a wide grin.

It's a rare coach that hangs up his whistle without another job lined up.

But Muscat has always done things his own way.

He could end up heading to Japan to spend some time with Postecoglou's rebuilt J.League force Yokohama F. Marinos, given the pair's alignment on attacking, possession-based football.

There's the prospect of returning to England or Scotland, where he spent a decade playing professionally.

That pedigree means he's more likely in the short term to pop up on television screen analysing his coaching colleagues rather than joining him.

"There are plenty of possibilities out there. I'm happy to wait for the right one."

The 46-year-old isn't likely to be seen back at Victory any time soon, giving new boss Marco Kurz clean air to put his stamp on the club.

Kurz was appointed as Muscat's successor in June, beating overseas candidates and locals including John Aloisi to the role. 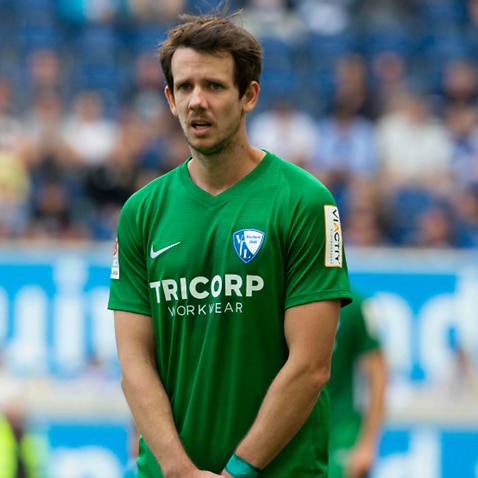 Muscat, on his wishes, wasn't consulted on the decision.

There's no bad blood between the two, despite obvious philosophical differences between the single-minded Muscat and the pragmatic German.

The last conversation the pair had was typical of the hot-headed pair - shouted from opposing dugouts at Coopers Stadium in April when Kurz's Adelaide United beat Muscat's Victory 1-0.

Muscat hasn't spoken to Kurz since his appointment and doesn't plan to unless the German instigates contact.

Kurz has coincidentally chosen Albert Park, the leafy bayside southern suburb where Muscat resides, to be his base in Melbourne.

Right now, as unlikely as it seems given Muscat's hyper-combative reputation, the 46-year-old is happy to be taking a break.

"My first break in seven years," he said.

"Before, when I went overseas between seasons I'd be getting up early. Checking emails, watching players, talking about recruitment, even if I was by a pool somewhere."

The future of Muscat, 46, has been in focus since he dropped a hint last year that he was pondering a life after Victory.

Prior to the Christmas Derby against Melbourne City, his 200th game as Victory coach, Muscat said he would sit down with club owners at season's end and discuss the future despite having a year on his contract.

That conversation, days after the club's 6-1 semi-final humbling by arch rivals Sydney FC, led to a handshake and an amicable parting of ways.

Since then, Muscat - a long-term Liverpool fan - enjoyed a holiday in Europe, making it to Madrid's Wanda Metropolitano Stadium for the UEFA Champions League final to see the Reds lift their sixth European title.

After a few weeks in the Mediterranean sun before returning to Melbourne, both Australian football and Muscat himself are wondering what's next.