Perth Glory fans will be keeping a close eye on 23-year-old midfielder Brandon Wilson this season, but so will the head coach of Botswana.

Wilson was born in Gaborone, Botswana in 1997. At three years old he left the country that borders South Africa to the north and Zimbabwe to the south-west, and headed to England before his family settled in Perth when he was 10 years old.

Botswana, with a population just over 2 million, is currently ranked 146th in the FIFA world rankings.

The national team’s coach was hopeful of calling up Wilson, who has already represented Australia at under-20 and under-23 level. 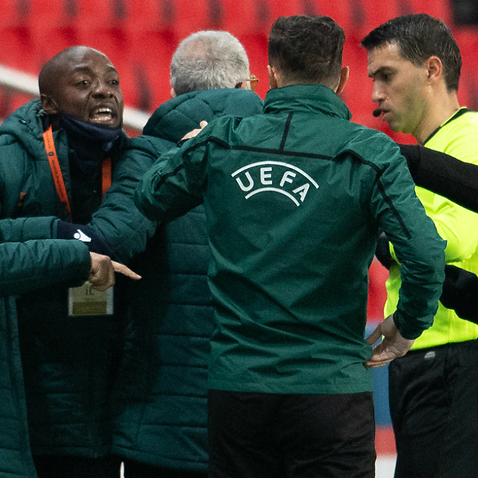 “I got the call up this year and last year, but I have my heart set on the green and gold. They (Botswana) might have to wait a while,” Wilson told SBS The World Game.

“My whole family lives there on my dad’s side. I go on holiday every couple of years.”

So how does the Botswana national team get in touch with a player on the other side of the world to call them up?

“I actually got a WhatsApp message from the coach.”

“My family sends me pictures of the newspapers over there, apparently I’m playing for them next week every couple of weeks. I see my face in the Botswana kit, and I never agreed to that.

Wilson has just returned from Perth’s AFC Champions League campaign in Qatar, where Glory failed to win any of the remaining five games.

However, the squad featured a number of young players who had not played together before this tournament re-start.

“You can’t be happy with losing. I don’t think anyone was happy with the losses. But we lost the games within the 85th to 90th minute which is typical pre-season legs.

“You see in most games in pre-season, you can’t really judge the results too much because when it comes to the 70th, 80th minute that’s when you sort of go into auto-pilot and your legs die off.

“We held our own and we were leading quite a few games up until that point. “We have the team, the depth and the talent to do really well, but it was a pre-season tournament for us and we were going in knowing that.

“There was a sour feeling around the camp that maybe we could be going a bit further.

“In saying that, everyone was pleased with our performance. We’re just looking forward to the A-League season.”