Manchester United rallied to finish third in the Premier League in 2019-20, but their doubters did not escape Ole Gunnar Solskjaer's eye.

Ole Gunnar Solskjaer revelled in highlighting his critics' misjudgement as he celebrated Manchester United's third-place finish and qualification for the UEFA Champions League.

United beat Leicester City 2-0 on the final day of the Premier League season to pip their opponents to a top-four position. 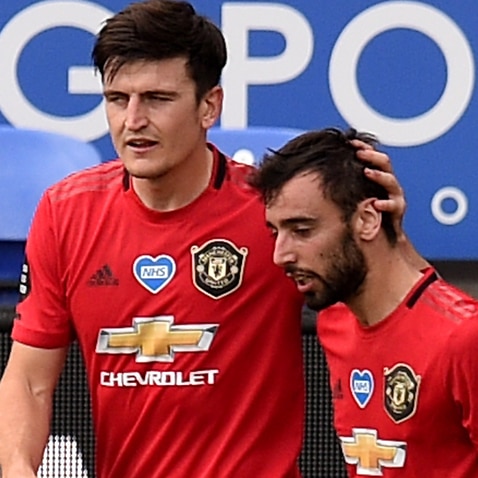 Solskjaer's side have enjoyed a fine run of form in 2020 after looking a long shot for Europe's elite club competition earlier in the campaign.

The manager kept his belief, though, and referenced his doubters in his post-match news conference at Leicester's King Power Stadium.

"It didn't seem like you were expecting that," he said. "All the predictions were sixth or seventh. That's alright."

But Solskjaer accepts United face an even tougher ask next season when they must again improve in the league while taking on the continent's very best.

He explained: "The season next year with Champions League instead of Europa League will be different, because we want to move up the league table, so we can't take our eye off the league and rest players in the Europa League.

"There'll be more demands on the players. They'll have to work hard over the summer - of course, we've got Europe, which will be a foundation as well.

"Next season will be even more testing and challenging for them. If you play the top teams in the Champions League, you've got to get used to playing 45, 50 games for this club every season if we are to be successful."

The result meant Leicester dropped to fifth and into the Europa League despite spending much of the season second or third.

But manager Brendan Rodgers maintained his enthusiasm looking forward to their European campaign.

"Listen, we finished in the second-highest position in Premier League history for Leicester," Rodgers said. "That takes us into European competition.

"I'm really, really excited by that. I think it's that next step for this squad of players. We've probably arrived a bit earlier than what we thought, but the boys have had a very, very good season.

"Now that takes us into Europe and those experiences - playing at that level of competition, also playing in midweek - gains you that experience that make you more robust.

"Those experiences will really help this squad, so I'm excited by that. We'll look to hopefully have a great experience in [the Europa League] as well."