SBS will show Australia's incredible comeback victory against Brazil from the 2019 FIFA World Cup on Thursday at 2:30pm (AEST).

WATCH the next of our 10 FIFA World Cup classic matches - Australia v Brazil  (WWC 2019) -Thursday May 28 at 2:30pm (AEST) on SBS and streamed via The World Game website / app and SBS On Demand.

It’s the quote that ricocheted across global sports media within minutes of its airing.

Tune in to @SBS/@SBSOnDemand on Thursday at 2:30pm (AEST) to re-live the incredible comeback victory from the Matildas against Brazil in 2019. pic.twitter.com/5HBf2mgZfU

Sam Kerr, captain of the Matildas, had just led her team to one of the greatest comebacks in Australian women’s football history – a 3-2 must-win game against Brazil in the 2019 Women’s World Cup group stage.

It arrived off the back of a shock defeat to sleeping giants Italy; a result that sparked further catastrophising in Australian football circles, which were already in a frenzy following the bungled departure of former head coach Alen Stajcic five months earlier.

The social media cyclone was ferocious, and the players themselves were caught in its eye.

Despite well-intentioned claims that they were ‘blocking it out’ and ‘focusing on the tournament,’ Kerr admitted months afterwards that the pressure from the community – on top of trying to progress in the most prestigious women’s football tournament in the world – was almost unbearable.

In hindsight, the narrative of the 'Miracle of Montpellier' serves as the perfect metaphor for that moment; a testament to the solidarity and togetherness of a team weathering an unexpected storm.

“Every game we play against Brazil seems to have some added incentive,” vice-captain Steph Catley recently told The World Game.

“This one was massive.”

We're showing the Miracle of Montpellier on Thursday at 2:30pm on @SBS! @TheMatildas' @StephCatley talks to @LucyZelic about that incredible match. pic.twitter.com/iVgG8hTuZ4

Australia’s rivalry against Brazil is one of women’s football’s great narratives.

For two decades, the two nations have met each other repeatedly at Olympic and World Cup competitions, with results swinging either way.

It began, fittingly, when Sydney hosted the 2000 Olympic Games.

Needing a win to advance to the semi-finals, the Matildas took a 1-0 lead into half-time, only to concede twice in eight minutes to be bundled out on home soil. Australia would announce themselves at the 2015 World Cup in Canada – 15 years after their major tournament rivalry began – with their first ever win over Brazil.

The single goal, poked home in the 80th minute by Kyah Simon, would send Australia through to the quarter-final for just the second time ever, and the world started to take notice of the plucky team from down-under.

But Brazil would have their revenge the following year, controversially bundling the Matildas out of the Rio Olympics on penalties.

It was the shock to the system that this young team needed, and the following two years’ worth of friendly wins – including two in consecutive Tournament of Nations competitions – saw Australia begin to wrestle Brazil back to an equilibrium of sorts on the international stage.

As the 2019 Women’s World Cup groups were announced, many felt that the Matildas had the upper-hand.

Joining Italy and Jamaica in Group C, there was an expectation that Australia would sail through comfortably to the quarter-finals.

But football is never a straight-forward affair.

While the Stade du Hainaut in the tiny town of Valenciennes – two hours to the north-east of Paris – was a modest setting, the game that unfolded there has since been etched into Australian football folklore.

“That kind of pressure doesn’t sit with everyone too well but, to be honest, I felt that it lifted the girls to another level.

“In the change-room before that game, you could look at anyone and see how ready they were for it and how much they wanted to win. We had a lot of belief in this group […], we wanted to make something of it. Going into this game, it was just, ‘we can’t lose.’” Much as they had over the previous two years, Australia were in control and easing their way into the tie. But two brief spells of pressure and clever passing saw Brazil take a 2-0 lead just before half-time – with Marta and Cristiane at the helm once again.

“You feel so good, you feel so in control, and something like that can just change the game so quickly.

“But the key moment for us was that Caitlin [Foord] scored right before half-time. That really gave us back the belief that we had going into that game – that it still wasn’t over. 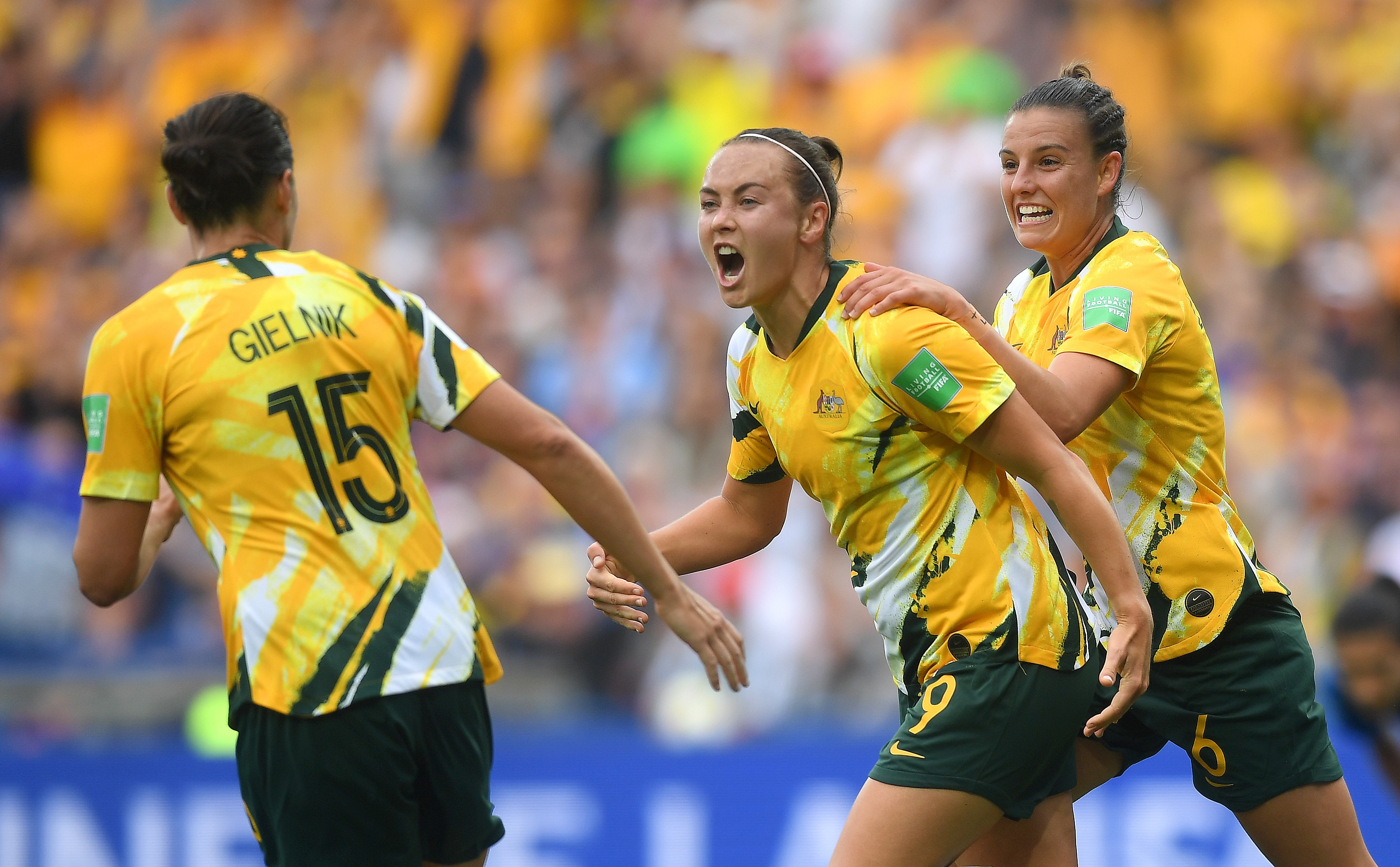 Ironically, the off-field chaos of the last five months seemed to prepare the Matildas well for a moment like this.

That ‘never say die’ attitude – etched into their bright, bespoke playing kits and plastered all over social media – was finally, ecstatically, vindicated.

“The second half was a little bit of a blur,” Catley said.

“I think the last two [goals] were a little bit lucky, but we’d been pushing so hard and really creating our own luck.

“Once we went up… it was a team or a way of playing that I hadn’t seen from us before. It was a mature performance in being able to hold them out, because they really came after us once we went up, as you would expect. 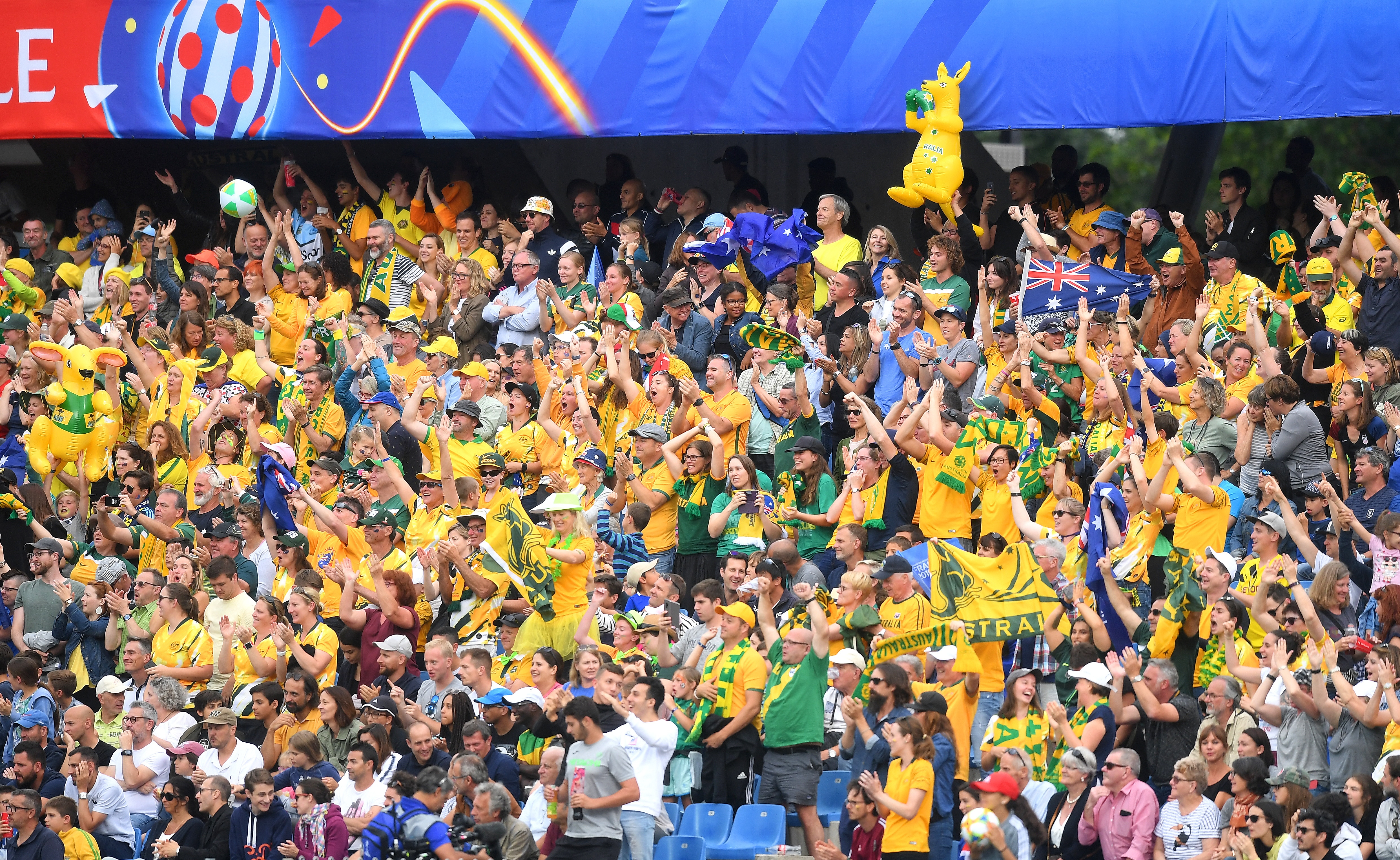 Baptised in the heartbreak of Rio, this young Matildas side has since flourished into one of the world’s best and most popular women’s football teams. The rise of Australia on the international stage can be traced along their twenty-year rivalry with the South American giants.

It’s a neat coincidence that the two nations are now competing to host the 2023 Women’s World Cup, which is shaping up to be one of the biggest and most successful tournaments yet.

History, legacy, drama, revenge – the 'Miracle of Montpellier' had it all.

But more than that, Australia’s legendary comeback against Brazil serves as a testament to the resilience and strength of a group of women whose on-field bonds were forged in off-field adversity.

Indeed, as the world is brought to its knees by the coronavirus pandemic, this game sends an important message to all of us about the importance of solidarity and belief in the face of overwhelming odds.

Most of all, though, it’s just a really great game of football.

“This one’s exciting from the get-go,” Catley said.

“There’s barely any time to breathe and reset in this one; there’s always something happening. It was an incredible showcase of skills from both teams, and lots of goals. You can’t go wrong with that.”