Only two years ago, it’s unlikely many Portuguese football followers would have paid much attention to Wolverhampton Wanderers, their gaze more fixed on Cristiano Ronaldo at Real Madrid or Jose Mourinho at Manchester United.

But as Wolves navigated their way through the tricky trails of the Championship to win promotion last season, Portuguese eyes turned towards the West Midlands.

At the helm was ex-FC Porto goalkeeper Nuno Espirito Santo, who was reigniting his career following a failed tenure at Valencia.

In the heart of midfield, one of Portugal’s most promising talents, Ruben Neves, was beginning to fulfil his potential after a shock move away from Porto at the start of last season.

Further forward there was the exciting and creative Diogo Jota, who was lighting up the Molineux with his mazy dribbles, incisive passes and stunning strikes.

At the heart of Wolves’ Portuguese revolution, however, was someone who had never stepped foot on the pitch or the dugout. Nor was he even a direct club employee.

The man that brought the Portuguese revolution to Wolverhampton was football super agent Jorge Mendes, hired as the club’s “football consultant” and who proceeded to use his network of coaches and players to build a promotion-winning team. There is some controversy surrounding Mendes’ role at the club, as well as the club ownership’s involvement with his football agency, Gestifute. Suffice to say, that all has been given the all clear by the English football authorities.

The fortunate aspect for Wolverhampton from this connection is that Portugal has become a conveyor belt of exciting football talent during the past few years.

The recent rise of Bernardo Silva at Manchester City is just one example of the country’s exceptional young talent.

The senior national team may have been overshadowed by the presence of Ronaldo, but Portugal youth teams have been excelling, with a recent European Under-19 title further evidence of the country’s extraordinary talent for producing top footballers.

From a nation of just 10 million people, it would be competing with Uruguay and Croatia for the title of world’s best football player developer per population.

Having bet on the Portuguese for English Premier League promotion, Wolves, or perhaps even Os Lobos, have once again turned to Mendes' network in their bid for Premier League survival.

This time, Nuno has used it to bolster his squad with experience, firstly adding ex-Sporting no.1 and 2018 World Cup starter Rui Patricio in goal, while strengthening his attack with Mexican striker Raul Jimenez, who was signed from Benfica.

In what could be one of the bargain signings of the season, Joao Moutinho arrived from Monaco for just £5 million (A$9 million) in what may be considered a major coup for a newly promoted side. 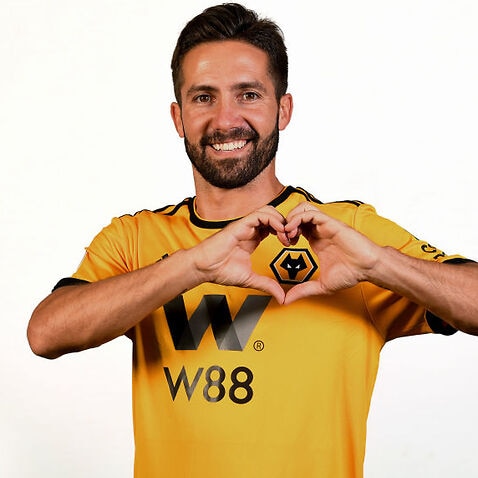 Moutinho feels like he’s been around forever, but he’s still only 31 and has been a stalwart of the Portuguese national team for over a decade. His influence has only been surpassed by Ronaldo during that time.

That brings the total of Portuguese players in the squad to seven - almost equivalent to that of some squads in the Primeira Liga. And there’s even a few more in the Wolves youth squad.

On paper, Wolverhampton look like a balanced squad, with defensive fortitude and creativity in attack. Nuno has also demonstrated his tactical ability in last season’s promotion-winning run.

But the Premier League is a step up for him and much of the squad. They may have to curtail their attacking instincts when facing the league’s very best.

At the very least, Wolves will be enjoyable to watch and when given the freedom to play, it should make for spectacular football.

If everything clicks into gear, they may even surprise a few and provide another example of Portuguese football’s current strength.