Chelsea coach Emma Hayes has warned her players against complacency as they take a 2-0 lead into leg two of their last-16 UEFA Women's Champions League tie against Atletico Madrid on Wednesday (AEDT).

Matildas captain Sam Kerr assisted both goals as the Blues dealt admirably with the early loss of Sophie Ingle to a red card, while goalkeeper Ann-Katrin Berger saved a penalty.

“We know we’re only halfway there and our levels of concentration and focus have to be even higher than in the first leg. The job isn’t done,” Hayes said.

“If you don’t have that setback [Ingle's red card], you don’t get to learn from it,” she said. 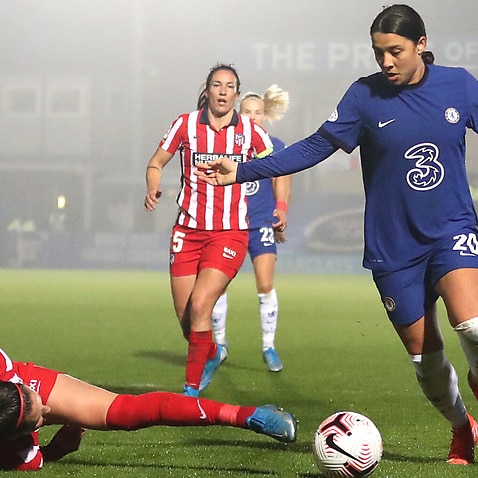 “If it is all going comfortably, often you won’t see where your weaknesses are or you won’t see what your plans B and C are so I got everything I wanted out of that, and we’re still in the tie.

"We haven’t won anything, we are still in the tie, but we’ve learned more perhaps than we would have if there were 11 players on the pitch.”

"I learned that the versatility amongst them means we can do even more tactically.”